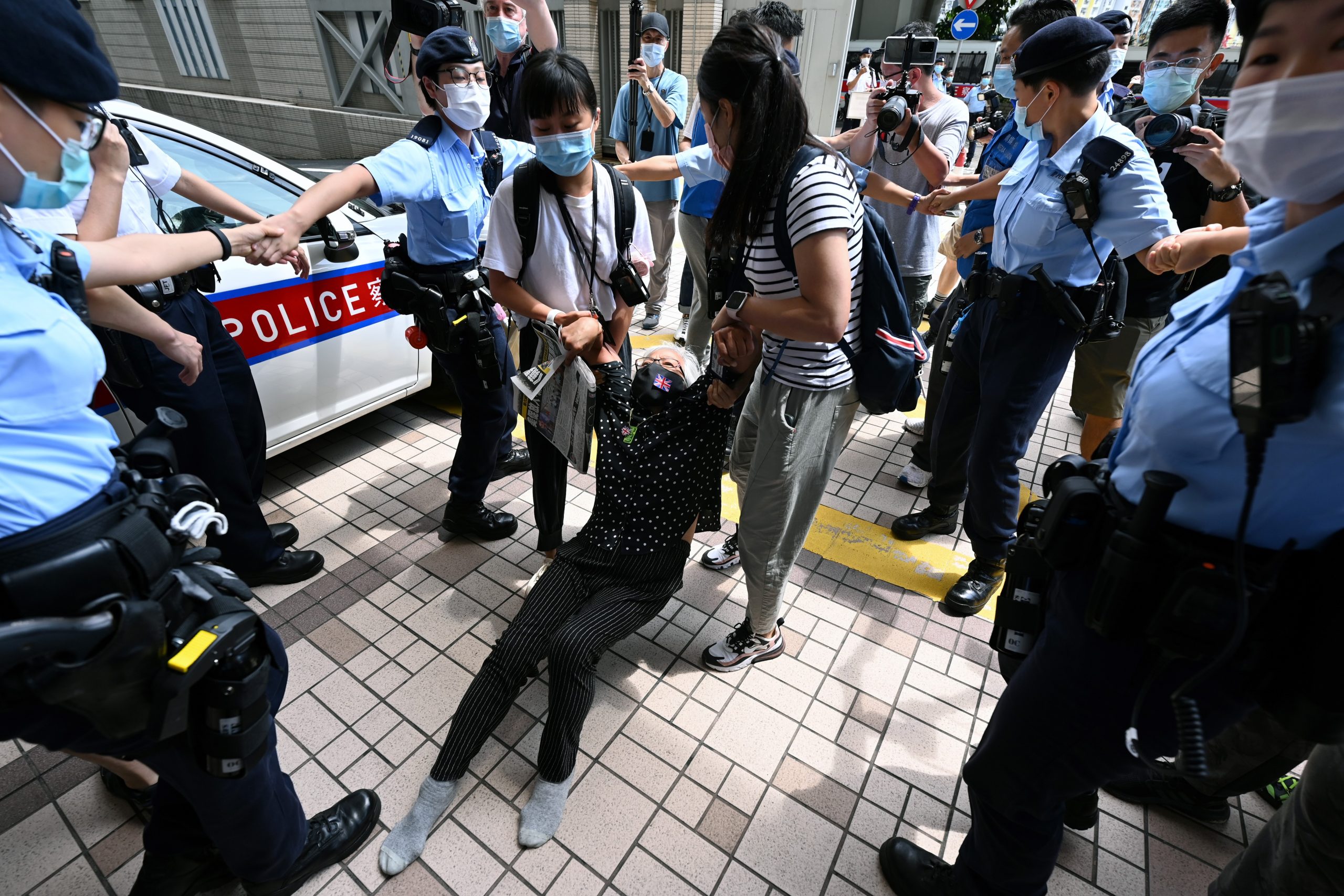 Two executives from Hong Kong’s pro-democracy Apple Daily appeared in court on Saturday on charges of collusion and were denied bail after authorities deployed a sweeping security law to target the newspaper, a scathing critic of Beijing.

Chief editor Ryan Law and CEO Cheung Kim-hung are accused of colluding with foreign forces to undermine China’s national security over a series of articles that police said called for international sanctions. Chief magistrate Victor So said there were insufficient grounds “for the court to believe that the defendants will not continue to commit acts endangering national security”. The two will remain in custody until their next court appearance on August 13 as prosecutors said police needed time to examine more than 40 computers and 16 servers seized from the newsroom. The case is the first time political views and opinions published by a Hong Kong media outlet have triggered the security law, which was imposed last year by Beijing to stamp out dissent in the financial hub.

Apple Daily and its jailed owner Jimmy Lai have long been thorns in Beijing’s side, with unapologetic support for the city’s pro-democracy movement and caustic criticism of China’s authoritarian leaders. More than 500 police officers raided the paper’s newsroom on Thursday. Five executives were arrested. Law and Cheung were charged on Friday while the three others were released on bail pending further investigations. “We will continue to publish our paper tomorrow,” deputy chief editor Chan Pui-man said outside court. She was released late Friday on bail.

Dozens of supporters were queuing to get seats in court on Saturday morning, including many former and current employees of Apple Daily. A staff member, who gave her surname as Chang, said she and many other Apple Daily employees treat “every day like it is our last” working for the paper. “At first, authorities said the national security law would only target a tiny number of people,” she told AFP. “But what has happened showed us that is nonsense,” she added. Another staff reporter, who gave her first name as Theresa, said she felt Apple Daily’s legal troubles were a warning shot.

“I think what has happened to Apple Daily today can eventually happen to every other news outlet in the city,” she said.

Multiple international media companies have regional headquarters in Hong Kong, attracted to the business-friendly regulations and free speech provisions written into the city’s mini-constitution. But many are now questioning whether they have a future there and are drawing up contingency plans as Beijing presses on with a broad crackdown on dissent in the city. Local media have an even tougher time, with journalist associations saying reporters are increasingly having to self-censor. Hong Kong has steadily plunged down an annual press freedom ranking by Reporters Without Borders, from 18th place in 2002 to 80th this year. Mainland China languishes at 177th out of 180, above only Turkmenistan, North Korea and Eritrea. Hong Kong and Chinese officials say the arrests were not an attack on the media. Earlier this week, security secretary John Lee described Apple Daily as a “criminal syndicate”.

Apple Daily is by far the most outspoken of Hong Kong’s pro-democracy media outlets. But it is not clear how long it can survive. Its wealthy owner Lai, 73, is currently serving multiple jail sentences for his involvement in democracy rallies in 2019. He has also been charged under the national security law and has had his Hong Kong assets frozen. Authorities froze a further HK$18 million (US$2.3 million) of Apple Daily’s company assets on Thursday.

Police say they also plan to prosecute three companies owned by Apple Daily under the security law, which could see the paper fined or banned. It is the first time companies, rather than an individual, have faced a national security investigation. Mark Simon, an aide to Lai who lives overseas, said the paper would have difficulty paying its staff of about 700. Company lawyers were trying to work out the breadth of the asset freeze order, he added.

“Money is not an issue. Draconian orders from Beijing via the NSL (national security law) are the issue,” he told AFP.