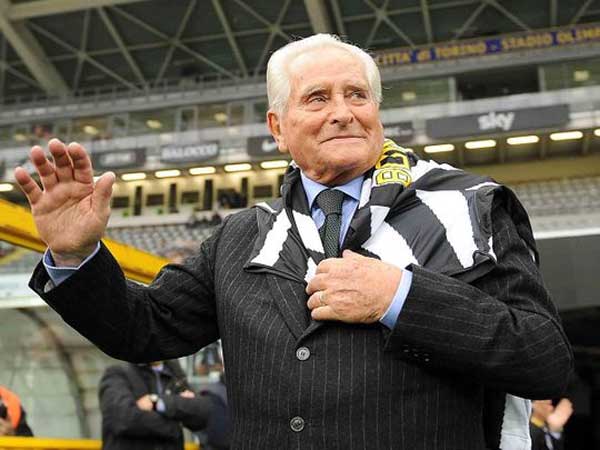 ROME: Giampiero Boniperti, for decades Juventus’ record goalscorer who went on to become president of the Turin giants, has died at the age of 92, the club announced Friday. “This is the news we never wanted to give you. Today, June 18, 2021, we bid farewell to Giampiero Boniperti, who passed away in Turin at the age of 92,” Juventus said in a statement. It described him as “an indelible figure”, adding: “Thanks for everything. Rest in peace, Presidentissimo.” Striker Boniperti joined Juventus in 1946, becoming the top scorer in Serie A in 1947/8 when he was barely 20, going on to win five Scudetti with his teammates in the black and white jerseys. With Welshman John Charles and Argentine-Italian Omar Sivori, Boniperti formed a formidable attacking “Magic Trio” at the club. He made his debut for Italy in November 1947 and took part in the 1950 and 1954 World Cups, making a total of 38 appearances –– and scoring eight goals –– for the Azzurri. By the time he hung up his boots in 1961, Boniperti had scored 178 goals for Juventus, making him their greatest ever goalscorer.