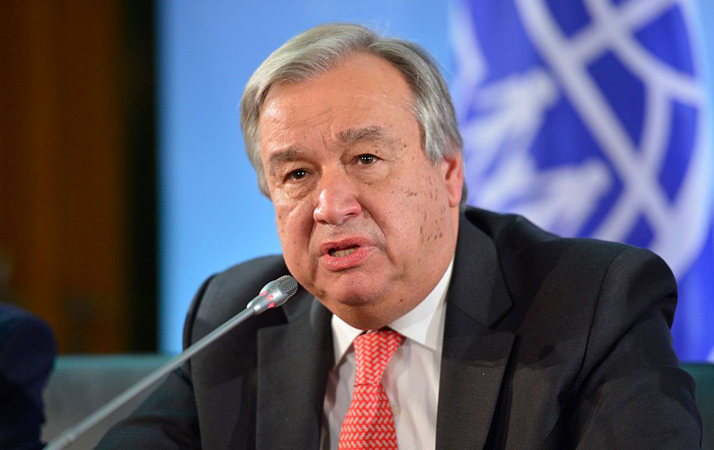 UNITED NATIONS: The United Nations General Assembly on Friday appointed Antonio Guterres as the UN Secretary-General for a second term beginning January 1, 2022, saying he takes his responsibility with a “deep commitment to working together to advance the UN Charter at a time of great peril and promise.”

The 193-member Assembly took action days after the powerful Security Council had unanimously recommended his name to it.

The President of the 75th session of the UN General Assembly, Volkan Bozkir, announced that Guterres “has been appointed by acclamation Secretary-General of the United Nations for the second term of office beginning on January 1, 2022, and ending on December 31, 2026.”

Bozkir then administered the oath of office to 72-year-old Guterres at the podium of the iconic UN General Assembly hall.

Guterres, nominated by the Government of Portugal, was the only official candidate for the position of Secretary-General, and his re-election was a foregone conclusion.

“We are at a crossroads, with consequential choices before us. It can go either way: breakdown or breakthrough. Breakdown and perpetual crisis — or breakthrough leading to a greener, safer and better future for all,” Guterres told reporters.

“I will do everything in my power to push for breakthroughs,” he said.

“There are reasons to be hopeful. The pandemic has revealed our shared vulnerability, our inter-connectedness, and the absolute need for collective action.

“Our biggest challenge — and at the same time our greatest opportunity — is to use this crisis as a chance to turn things around, to pivot to a world that learns its lessons, recovers fairer, greener, and more sustainably, and forges ahead with much more effective global cooperation to address global concerns.”