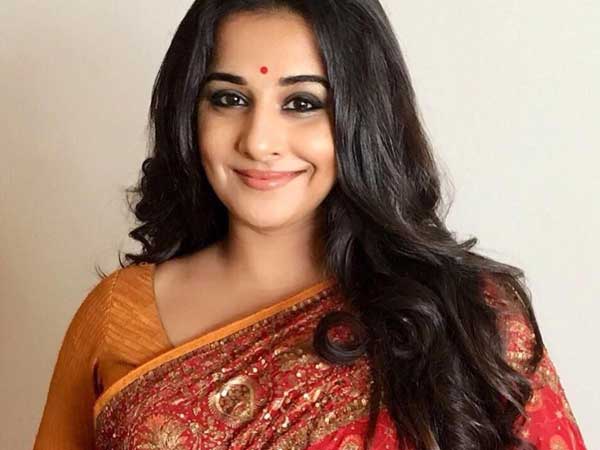 Actress Vidya Balan has made a name for herself in the Hindi film industry with some powerpack performances in films like ‘The Dirty Picture’, ‘Kahaani’ and ‘Shakuntala Devi.’

The actress, who is promoting her upcoming Amazon Prime Video film ‘Sherni’, goes down the memory lane and remembers her first salary.

“My first ever salary was Rs 500 for a state tourism campaign,” shares Vidya with Times Now.

Revealing more details from her first gig, the actress shares, “‘Four of us – my sister, me, and a cousin and a friend I think went along – and each of us got paid 500 bucks. We had to just stand beside a tree, a swing, and just smile.”

Talking about her first acting audition, the actress shared that after looking at the huge number of people who came to give the audition she told herself to ‘forget it’.

“My first ever audition was for a television show, my very first television show. I remember I had gone to the film city with my mother and sister, and we had to wait all day. There were some 150 people that were being tested, it was crazy. By the end of it, I thought okay forget it, I am not going to do this,” says Vidya.

However, the actress continued that at that very moment, “At that time, I got called”.

On the work front, Vidya is busy promoting ‘Sherni’ which releases on Amazon Prime on June 18. The film is directed by Amit V. Masurkar and shows Vidya Balan as an Indian Forest Service Officer.