Use of abusive language is PML-N’s culture: Usman Buzdar 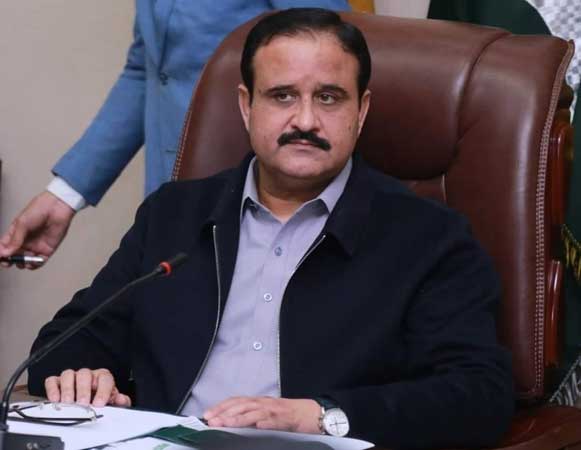 Punjab Chief Minister Sardar Usman Buzdar has said that using abusive language for others was the ingrained culture of PML-N’s leaders, having no resemblance with the centuries-old societal traditions of the province of Punjab.

In a statement issued on Thursday, the CM strongly reprobated Rohail Asghar, a PML-N MNA, over his statement and he (Rohail Asghar) should be ashamed of terming name-calling a colloquial tradition. Was the opposition educating the youth about giving someone a mouthful, he regretted and said the perversity of the opposition leaders had rattled everyone.

It was a usual modus operandi of the PML-N to attack the institutions and make them controversial for some political gains, he said. The party had an ineradicable history of criticising institutions and everybody knew that this cabal had always violated democratic norms, the CM maintained.

People had fully recognized the duality of the political hypocrites, he said, adding that the PTI was the custodian of democratic norms in the country.

In this regard, the CM said an overhead bridge will be constructed from the railway station to Sheranwala Gate to ease the daily movement of people in the North and South parts of the city. An underpass will be built near Ghulab Devi Hospital on Ferozepur Road, he added. Similarly, the Shahkam Chowk overhead bridge will resolve daily traffic issues. Meanwhile, a 1000-bed general hospital will be built in an area of 124 Kanal near Arfa Karim Technology Park, he said.

The chief minister directed the DG LDA to early complete the projects, adding that an innovative plan be presented for solving the traffic problem at Cavalry Chowk. Similarly, steps be taken for the signal-free corridor from Multan Road to Ferozepur Road, he added and further directed that remodelling of Shahdara Chowk be finalized soon.

Meanwhile, work on the Karim Block Iqbal Town overhead bridge/underpass project will be started at the earliest, he said. The PTI government was working hard to provide better facilities to the citizens of the provincial metropolis, he added.

Punjab Chief Minister Sardar Usman Buzdar on Thursday said that officers were posted purely on merit and police and administrative officials had been made independent to perform their duties.

In a statement, he said that officers were not ridiculed now nor pressured. Regrettably, the self-respect of some officers was hurt in the past however government officials were totally independent today to perform duties, he added.

He regretted the past government made postings by promoting the culture of personal liking and disliking, and added that disrespectful attitude with the officers was the modus operandi of the past rulers. He said undue interference was made in government matters in the past and merit was violated in officers’ posting.

The past rulers weakened the departments through nepotism and culture of recommendations, he added. Meanwhile, there was no pressure on officers in the performance of their duties and the independence available to officers was unprecedented.

He said the PTI had freed the departments from political pressures and intervention which was encouraging the officers to perform their duties according to rules. Supremacy of merit and transparency had been ensured at every level, the CM added.