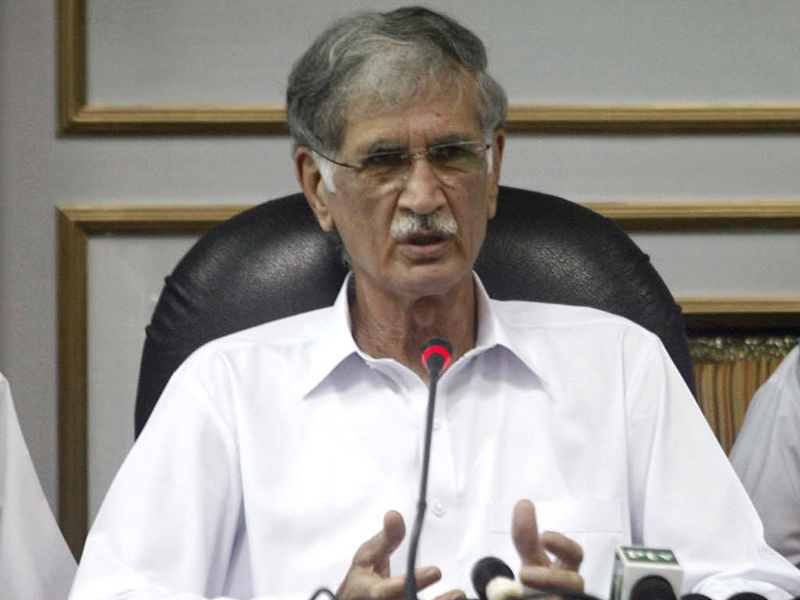 ISLAMABAD: Minister for Defence Pervaiz Khattak on Thursday said the government would easily get the federal budget passed for the fiscal year 2021-22. It had the required number in the National Assembly for its approval.

He talked to media accompanied by Minister for Information and Broadcasting Chaudhry Fawad Hussain after a meeting between the government and opposition teams that agreed to run NA proceeding smoothly.

He said that disturbance in the parliament during the budget session from both the government and opposition sides was deplorable, and it was also not good for the parliament.

“We should create such an atmosphere that gives a message that the parliamentarians representing 220 million people are serious to discuss and find a solution to the public issues in the parliament,” he said.

He said the meeting had decided that there would be no hooliganism during the session and decent language would be used by members from both sides of the aisle.

He said the Pakistan Threek-e-Insaf government had presented the people and business-friendly budget, and it wanted an open discussion on it.

He said that the opposition parties had the right to criticize the budgetary proposals, while the government’s obligation was to highlight achievements.

He said the government and the opposition had agreed to run the parliament’s affairs smoothly and hear each other’s point of view with due respect and patience.

The minister said it had also been decided that a parliamentary committee would be constituted to empower the speaker further and ensure the proceedings of the house are conducted in harmony.

Pervaiz Khattak said the government desired that the house must function as per the constitution. He said, “We want to give a message to the nation that the parliament works for the betterment of the country.

It was the speaker’s power to suspend the membership of the lawmakers for 24 hours, he said, adding a parliamentary committee had been proposed to give more powers to the speaker.

To a question, he expressed the hope that the opposition parties would withdraw a no-confidence motion against the deputy speaker.