Concussion rules out Faf du Plessis from remainder of PSL 2021 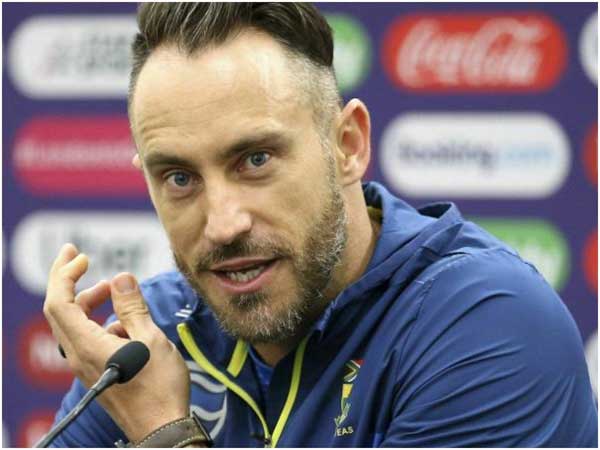 LAHORE: Faf du Plessis, who suffered a concussion during the Quetta Gladiators’ match against the Peshawar Zalmi on Sunday and had to be substituted, has been ruled out of the remainder of Pakistan Super League 2021. He will be flying back to South Africa on Thursday. du Plessis had a high-speed collision with team-mate Mohammad Hasnain in the field as they attempted to stop a drive from David Miller. After rushing in from long-off, Hasnain made a late attempt to avoid running into du Plessis, who dived to his right after sprinting in from long-off. Hasnain couldn’t quite pull away, and du Plessis’ head crashed into his knee. The South African lay prone on the ground for a few minutes while the Gladiators physio attended to him, but he eventually got on his feet to walk back into his team’s dugout. The Gladiators’ management said soon after that he was being taken to hospital. He didn’t come out to bat, and Saim Ayub played in his place. Later that day, he tweeted that he was having a “concussion with some memory loss”. In the five games he played this season, du Plessis scored 76 runs in four innings at an average of 19 and a strike rate of 122.58. This was his second stint in the PSL after he turned out for the Zalmi last season. In the Gladiators’ earlier game, against the Islamabad United, Andre Russell, too, had sustained a concussion after being hit on the helmet by a Mohammad Musa bouncer. Russell hasn’t played a game since then. The Gladiators are currently at the bottom of the table with four points from eight games.