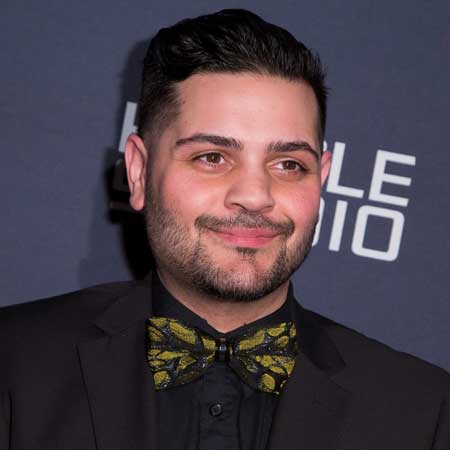 Fashion designer Michael Costello accused Chrissy Teigen of bullying him in 2014, which he says caused him to have thoughts of suicide.

“For the past 7 years, I’ve lived with a deep, unhealed trauma,” he wrote on Instagram. “I wanted to kill myself and I still am traumatized, depressed and have thoughts of suicide.”

Costello, 38, opened up about his pain in a lengthy statement on Instagram on Monday, June 14, the same day that Teigen, 35, wrote an open letter to address a separate bullying claim she encountered in recent weeks. As she said, “Not a day, not a single moment has passed where I haven’t felt the crushing weight of regret for the things I’ve said in the past.”

Costello explained in his post that, in 2014, he received a public comment from Teigen on Instagram, accusing him of “being a racist,” as he put it.

“She apparently formed her own opinion of me based on a photoshopped comment floating around the internet,” he alleged. “When I reached out to Chrissy Teigen to communicate that I was the victim of a vindictive cyber slander, and that everything she thought I was is not who I am, she told me that my career was over and that all my doors will be shut from there on.”

In his latest post, the Fashion News Live star attached two screenshots of DMs allegedly between himself and Teigen. In the message, which E! News has not independently verified the authenticity of, he asked Teigen if he could call her. Her response: “No! I do not have anything to say to you. You will get what’s coming to you.”

After he told her, “Chrissy, I’ve never called anyone the n word. Those fake images were photoshopped from a former disgruntled employee,” she allegedly replied, “Good luck with that lmao hope that story keeps your already dead career going.”

He explained that people are “attacking” him over the claim and “your comment is adding more fuel to the fire.” Teigen allegedly said, “good! racist people like you deserve to suffer and die. You might as well be dead. Your career is over, just watch.”

E! News has reached out to her rep for comment and has not heard back.

Costello explained in his post that, in 2014, he received a public comment from Teigen on Instagram, accusing him of ‘being a racist,’ as he put it

When reflecting on the alleged incident seven years later, Costello said, “Wow, did she live up to her words. Throughout the next few years, I would book jobs only to be pulled off last minute with no explanation.” He claimed that he got texts and calls from their mutual friends and colleagues about how Teigen allegedly threatened people and brands “if they were in any shape or form associated with me.”

Costello claimed he has “pleaded” with the Cravings author “to see the whole story before believing a false narrative a former disgruntled employee cast upon me” but said she wouldn’t listen.

“So many nights I stayed awake, wanting to kill myself. I didn’t see the point of living,” Costello recalled to his 1.3 million followers. “There was no way I can ever escape from being the target of the powerful elites in Hollywood, who actually do have powers to close doors with a single text.”

In fact, he said he didn’t share his purported experience with anyone because “I was living in fear.” The Project Runway alum explained, “In fear of losing some of my most profitable brand relationships; in fear of losing friends and allies; and in fear of being blocklisted even more by the power elites who run the industry.”

Furthermore, he said he has “suffered tremendously the past few years” and is now trying to “heal from the darkest hour of my life.”

Costello revealed that he wrote personal letters to my family and closest friends last week, “because I thought that taking my own life would be the best way out,” adding, “No matter what I did, I just could not escape the false narrative.”

“I told my family how much I love them, how much I care for them, and just how sorry I was for my decision,” he went on. “Since then, everyone in my family has had me on a close watch against my will.”

He added that he wishes no harm on anyone and does not want sympathy from the former model.

“I just want people to realize that I, too, am human and this was the most inhuman treatment to ever be endured by someone who has seen their decades of hard work, years of building a brand, crumble from one comment,” Costello wrote. “These bullies could’ve reached out to me anytime, but they refused. Instead, they would much rather see me suffer and laugh at my demise.”

The designer’s accusation comes after Teigen faced backlash for resurfaced tweets from 2011 about model Courtney Stodden, who was 16 years old at the time. In one message, Teigen said her “fantasy” was Stodden taking a “dirt nap.”

“Not a lot of people are lucky enough to be held accountable for all their past bulls–t in front of the entire world. I’m mortified and sad at who I used to be. I was an insecure, attention seeking troll,” the Lip Sync Battle co-host wrote in May 2021.

“I am ashamed and completely embarrassed at my behaviour but that is nothing compared to how I made Courtney feel,” Teigen said. “I have worked so hard to give you guys joy and be beloved and the feeling of letting you down is nearly unbearable, truly.”

A month later, the cookbook scribe returned to social media with another apology.

“There is simply no excuse for my past horrible tweets,” she wrote on Medium on June 14. “My targets didn’t deserve them. No one does. Many of them needed empathy, kindness, understanding and support, not my meanness masquerading as a kind of casual, edgy humour. I was a troll, full stop. And I am so sorry.” Her letter was published about five hours before Costello came forward. She did not name either him nor Stodden in her post.