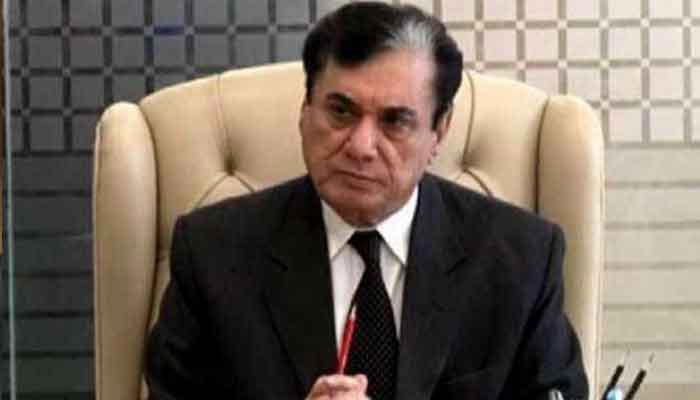 LAHORE: National Accountability Bureau (NAB) Chairman Justice (Retd) Javed Iqbal on Wednesday said that corruption was the biggest hurdle in the way of development and progress in the country, so the NAB believed in zero corruption for the prosperity of the country.

The NAB Chairman directed that courts’ verdicts be implemented in letter and spirit, and said that all cases should be resolved on the basis of concrete evidence and witnesses’ statements. He directed the investigation officers and prosecutors to further strengthen the liaison for completing the investigation process of all cases by adopting scientific approaches so that cases could be decided as soon as possible and making the recovery of looted money possible from the corrupt elements.

Javed Iqbal said the NAB had set the mission of corruption-free Pakistan so now everyone has to answer about his doings, adding that NAB was a national anti-graft watchdog whose officers were performing their duties effectively for eradicating corruption from the country. He said the NAB only worked for national interests as it had no affiliation with any political party, group or individual, adding that NAB believed in performing its tasks as per the law and constitution. Any sort of pressure, baseless criticism, or other tactics could not derail it from achieving its purpose,
he asserted. The chairman said that Transparency International’s report and other international organizations also appreciated the NAB’s efforts, adding that NAB was working efficiently with available resources while more efforts were being put in place to further enhance its performance. Later, Javed Iqbal lauded the performance of NAB Lahore led by its Director-General, and
said that NAB Lahore had contributed significantly to the overall performance of NAB.