All resources to be utilized for the welfare of people: Chaudhry Sarwar 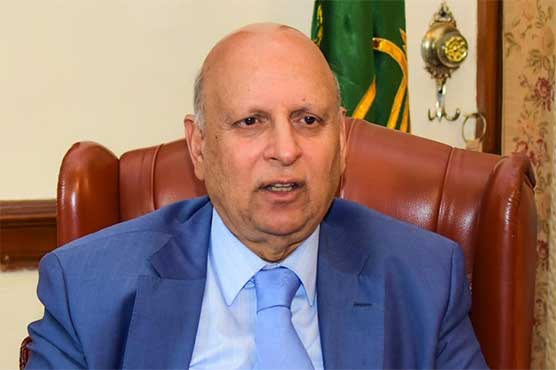 FAISALABAD: The government would utilize all available resources for improving the living standard of people by providing them all basic amenities, said Governor Punjab Chaudhary Muhammad Sarwar.

He was addressing a gathering while inaugurating a water filtration plant at Primary School Chak No.214-RB Dhadiwala Sharqi here on Wednesday.

The governor said the PTI government wanted to transform the country into a welfare state and in this connection, all basic amenities were being provided to the masses, including potable water, adding that the government was providing health cards to every citizen in Punjab whereas problems of the farming community was also being resolved on a top priority for agricultural development.

He said the government had set up Aab-e-Pak Authority which had planned to provide clean drinking water to 15 million people by the end of this year.

The government was also taking steps to improve living standards of the poor and in this connection,
Rs 256 billion had been allocated in the budget of the new fiscal year so that the poor could be provided substantial assistance.

He said that the government had also fixed a minimum wage of Rs 20,000 for workers and these steps would also help to mitigate sufferings of the downtrodden segment of the society.

The governor also planted saplings in both schools under the PM Clean & Green Pakistan programme.