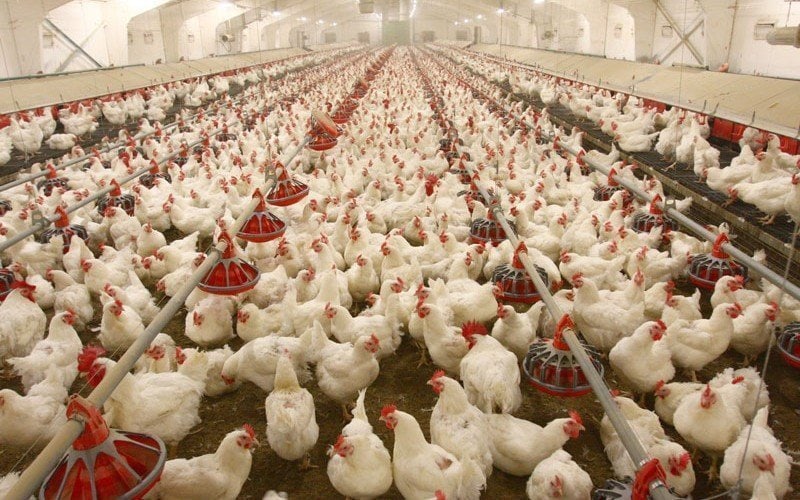 ISLAMABAD: Government has set a target to produce 1.997 million tons of poultry for fiscal year 2021-22 to fulfill domestic consumption of meat and other poultry products as well as to promote local poultry industry.

Domestic poultry production during the current fiscal year (2020-21) was registered at a growth rate of 9.2 percent.

Output during July to February was recorded at 1.206 million tons as compared to the output of 1.105 million tons of financial year 2019-20.

Meanwhile, meat production targets for the period under review were fixed at 5.219 million tons to meet domestic requirements as well as for exporting.

During the period under review, about 2.4 million tons of beef was to be produced while mutton production targets were fixed at 782,000 tons to tackle the local consumption, according to a budget document.

Domestic meat output during current fiscal year (July-February) witnessed about 5.2 percent growth as local production of above mentioned commodities reached to 3.303 million tons against the output of 3.139 million tons of same period of last year, it added.

It is worth mentioning here that agriculture sector growth projected at 3.5 percent was mainly contingent upon revival of cotton production, consistent availability of water, certified seeds, fertilizers, pesticides and agriculture credit facilities.

The government has also proposed special initiatives for the development of the agriculture sector and prosperity ofthe farming community in the country, as special emphasis was paid on small land holders up to 12.5 acres.

In this regard, the banking sector in the country was mobilized to extend credit facilities to far flung areas and to provide cheap loans to growers, particularly small land holdings to enhance agriculture output and alleviate poverty.

The government intended that every farming household would be provided an amount of Rs 250,000 as an interest free loan for purchasing agriculture inputs and Rs 200,000 for purchasing tractors and other machinery to bring innovation and technological advancement in the local agriculture sector.

To discourage the role of middle men and exploitation of farmers, marketing infrastructure would be developed and improved besides incentives that would be extended for farmers.

The development of marketing services, cold storage facilities and building strategic reserves of food commodities would also help curb the menace of hoardings, artificial shortage of food commodities and practice of extra profiteering that would lead the country towards price stabilization in local markets.