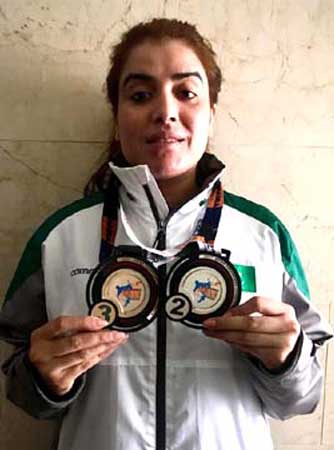 ISLAMABAD: Pakistan’s female taekwondo athlete Najia Rasool showcased her brilliant performance to win bronze medal in the women individual freestyle category at the Asian Taekwondo Poomsae in Beirut, Lebanon the other day. South Korea’s Sangyoop Kim and Philippine’s Juvenile Crisostomo won gold and silver, respectively. “Our coaches trained us with the latest rules and regulations for this mega event. Taekwondo talent in Pakistan has way too much potential which needs grooming and can result in more medals in the future,” said Najia. She added that medal winners for Pakistan needed patronage from the government and private sector. “It will boost the medals tally in sports. National Sports Federations which are bringing laurels should be supported by the government,” she maintained. Najia also won silver in the mixed team freestyle category. The Asian Poomsae ended with South Korea winning most gold medals followed by Iran taking the second spot. The Punjab Taekwondo Association has announced Rs.50,000 cash prizes for the medal holders.