Biden ‘ready’ for Putin after landing in Geneva 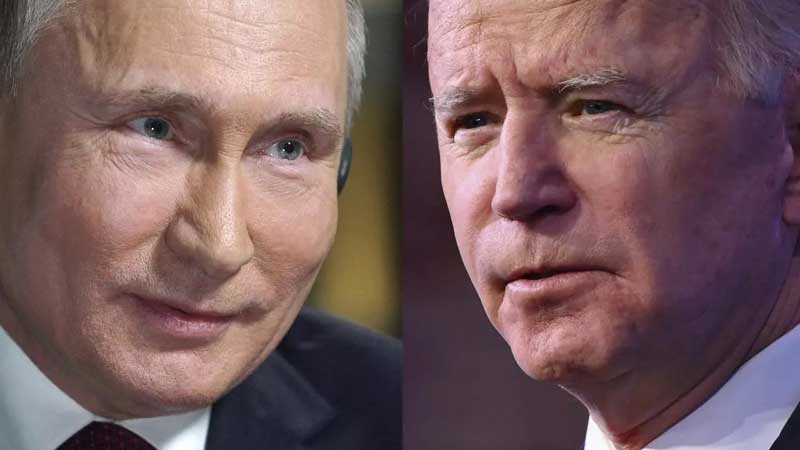 President Joe Biden landed Tuesday in Geneva on the eve of his first summit with Vladimir Putin, a meeting the White House hopes will set clear “red lines” preventing the combustible US-Russia relationship from further deterioration.

“I’m always ready,” Biden told reporters with a smile, when asked if he was prepared for the tense encounter.

Biden and Putin will huddle for hours on Wednesday at an elegant villa complex in Geneva, a setting reminiscent of the Cold War Reagan-Gorbachev summit in the Swiss city in 1985.

Talks at La Grange villa are expected to start at around 1:00 pm (1100 GMT) and last as long as five hours. Illustrating the frostiness of the session, the two leaders will not be sharing any kind of meal.

“There will be no breaking of bread,” a senior US official said aboard Air Force One, speaking on condition of anonymity.

One of the few things both sides can agree on is that Russian-US relations are at about their lowest ebb since the distant days of the US-Soviet superpower standoff. This time, tensions are less about strategic nuclear weapons and competing ideologies than what the Biden administration sees as an increasingly rogue, authoritarian Russian state.

From cyber attacks on US entities and meddling in the last two US presidential elections, to human rights violations and aggression against Ukraine and other European countries, the US list of allegations against the Kremlin runs long.

Putin, in an interview with NBC ahead of the summit, scoffed at US accusations.

As well as denying any connection to what the US says are Russia-based hacking and ransomware gangs, Putin rejected having any hand in the deaths of many of his opponents during two decades in power. Addressing one of the main irritants in relations with Washington and the European Union, Putin insisted he also could not be blamed for the near-fatal poisoning and subsequent imprisonment of one of the few remaining Russian opposition figures, Alexei Navalny.

Yuri Ushakov, Putin’s foreign affairs adviser, told journalists in Moscow that the US-Russian relationship is “at an impasse” and “close to critical”.

However, he said there were some grounds for optimism, albeit “not much”.

Biden’s team is equally downplaying chances of major change. Success, says the White House, would be just managing to lower the temperature and adopt a “predictable, stable” relationship.

The US side is “not expecting a big set of deliverables”, the senior Biden official said.

Biden — flying into Geneva from Brussels after back-to-back summits with the EU, NATO and the G7 group of allies — said he wants to establish clear “red lines” for what the White House will no longer tolerate.

“I’m not looking for conflict with Russia, but… we will respond if Russia continues its harmful activities,” Biden said after his NATO meeting on Monday.

In something of a pivot from his previous acknowledgement that he considers Putin to be a “killer”, Biden upgraded the Russian leader to a “tough” and “worthy adversary”.

Going into the summit, Biden has emphasised that he has the backing of his Western partners.

Russia was one of the top topics at the NATO summit in Brussels, where the military alliance warned that Russian military build-ups on the edge of eastern Europe “increasingly threaten the security of the Euro-Atlantic area and contribute to instability along NATO borders and beyond”.

For all the bruising rhetoric, the White House is keen to emphasise that it wants to do business in a limited way with Russia. Officials point to the recent extension of the New START nuclear arms limitation treaty as an example of successful diplomacy.