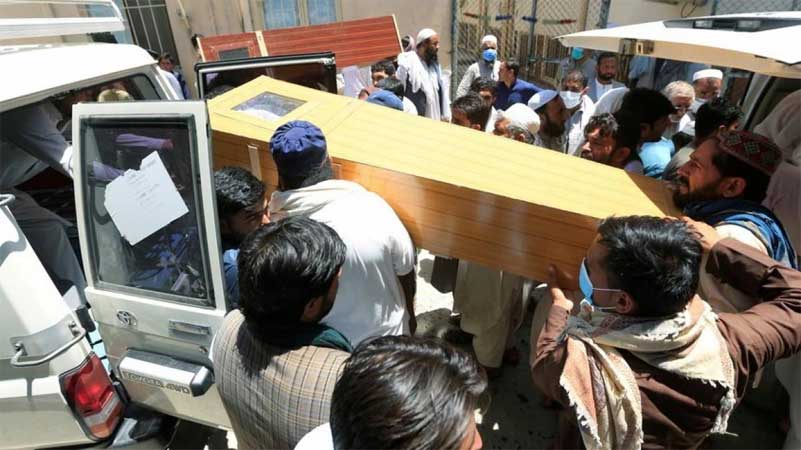 At least five polio workers were shot dead in eastern Afghanistan Tuesday, officials said, in the latest attack on vaccinators in one of the last places on earth where the disease still exists.

The workers were gunned down in three separate locations within hours in a “coordinated attack”, Nangarhar provincial police spokesman Farid Khan said.

“This is the work of the Taliban, targeting health workers to deprive people of polio vaccines,” he said. Health ministry spokesman Osman Taheri confirmed the attacks. The Taliban denied responsibility. Polio has been eradicated across the world apart from Afghanistan and neighbouring Pakistan, where distrust of vaccines and eradication campaigns is rife. The Taliban and religious leaders often tell communities that vaccines are a Western conspiracy aimed at sterilising Muslim children, and they also suspect immunisation drives are used to spy on militant activities.

Officials say the Taliban do not allow door-to-door vaccination campaigns in areas they control.

Tuesday saw five vaccine workers killed and one wounded in a spate of attacks across Nangarhar, the local government said. Three were also wounded in the provincial capital, Jalalabad.

The inoculation drive in the province had now been halted, a health official told AFP.