Funds approved for setting up chip design centers at 8 universities 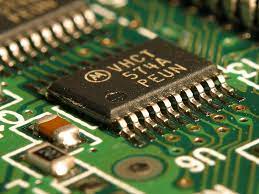 The provincial government has approved funds worth Rs 41.75 million for the development of micro and Nano-electronic chip design centers at eight universities.

According to official sources, Integrated Circuits (ICs), commonly known as chips, have radically altered the industry and nano-technology which contributed to major advances in computing and electronics. Chip design technology is one of the most important and significant technologies globally in the electronics industry today.

Many governments share this interest and are attempting to support their local semiconductor markets.

As the world is moving towards achieving excellence in leading edge technologies, Pakistan is still lagging way behind in terms of any R&D Centre that could tap in the potential available in chip design technologies and could train a work force for both academia and industry. Local Universities in Pakistan are not extensively teaching the skills which are flourishing quite rapidly all over the world such as the micro and Nano-electronics IC design because of the lack of highly trained faculty and academic resources in these domains.

In this perspective, Punjab Minister for Higher Education Raja Yasir Humayun Sarfraz constituted a committee comprising vice chancellors of relevant universities, few experts in the domain, and some key officials from the Planning and Development wing and Higher Education Department of the provincial government.

He said that Pakistan could not afford to wait anymore since leading players were already years ahead in technology development. Raja Yasir also granted permission of funds necessary for execution of the project.

With the intention of promoting R&D Culture and to train faculty in the universities of Punjab, a project has been given the go ahead by the Higher Education Department Punjab for the provision of software and hardware facilities for microelectronic design and development in eight universities of the province.

UET Vice Chancellor Prof. Dr Syed Mansoor Sarwar has been nominated as convener of the committee as his university takes lead in providing technical guidance and support to the universities of Punjab.

Other members of the committee include VC ITU, Lahore, DG IT, PITB, AS Planning and Budget, HED and Director KICS-UET, Lahore. “It is a very important initiative in which Punjab has taken the lead, thanks to the personal interest of Minister Higher Education,” said Dr Sarwar.

One of the prominent objectives of the project was to introduce essential courses at the undergrad and graduate levels at these universities. Through these courses, students will be trained in the use of commercial grade IC design and verification tools. The graduates will be industry ready or will need minimal training before they become a productive part of the IC design industry locally as well as internationally.