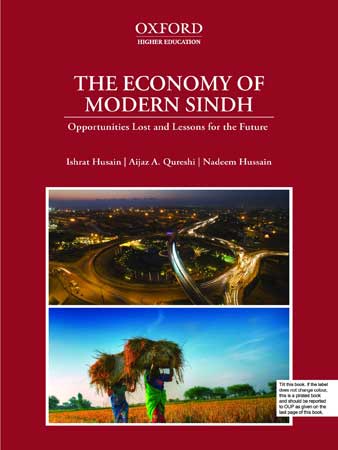 The Economy of Modern Sindh
Opportunities Lost and Lessons for the Future
Ishrat Husain, Aijaz A Qureshi, Nadeem Hussain

The Economy of Modern Sindh delves into the different aspects of Sindh’s economy-from geography, topography, climate, administrative history and demographics, to the political landscape, education, health, labour force and employment, poverty and inequality, agriculture and water issues, infrastructure, industries, energy resources and public finances-each is covered in a separate chapter. The book highlights the socioeconomic problems that have beset Sindh, arresting the province’s economic potential, and proposes a multi-pronged strategy to address these challenges. It offers an incisive and objective assessment of the various policies enacted and pursued by the Sindh government over the years. It also attempts to identify the particular issues that require reforms at the sectoral and micro level. The analysis on each aspect of Sindh’s economy is juxtaposed with the performance analysis at the national level as well as a comparison with Punjab that allows for a relative appraisal of Sindh’s socioeconomic standing. 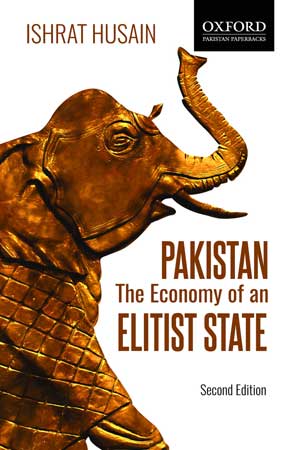 Pakistan: The Economy of an Elitist State
Second Edition
Ishrat Husain
This insightful analysis into the prevailing economic situation in Pakistan has three distinguishing features. It is an exhaustive, analytical history of economic development in Pakistan during the last seventy years; it provides an explanation of Pakistan’s economic performance in the political context, and compares it with other South Asian countries and with East Asia; it outlines for Pakistan an agenda of economic and social reforms based on a model of shared growth to see the country into the twenty-first century. The main thrust of the book is that the respective roles of the state and the market have been reversed in the case of Pakistan, with the result that the benefits are reaped by the elite class only. This small minority continues to enjoy the unjust accumulation of wealth in the midst of widespread poverty and squalor. The author establishes that such a situation is socially and economically not sustainable. 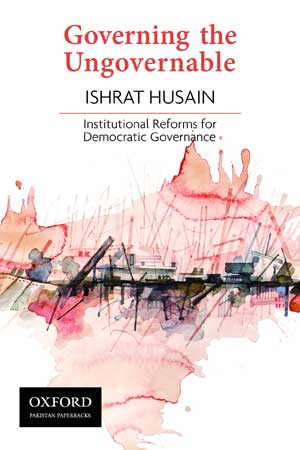 Governing the Ungovernable
Institutional Reforms for Democratic Governance
Ishrat Husain
Pakistan, since its independence in 1947, had to face tumultuous years for the first four decades. Despite the many challenges, both internal and external, the country was able to register a 6 percent average annual growth rate during the first forty years of its existence. The country was ahead of India and Bangladesh in all economic and social indicators. Since 1990, the country has fallen behind its neighboring countries and has had a decline in the growth rate. This book attempts to examine the reasons behind this slowdown, the volatile and inequitable growth of the last twenty-five years and through a process of theoretical and empirical evidence argues that the most powerful explanatory hypothesis lies in the decay of institutions of governance. It also suggests a selective and incremental approach of restructuring some key public institutions that pertain to accountability, transparency, security, economic growth and equity. 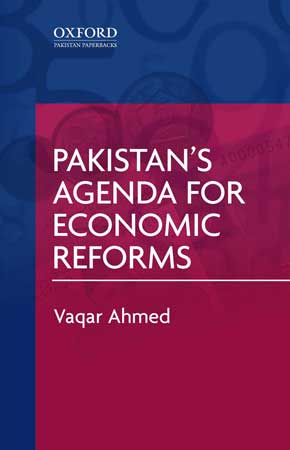 Pakistan’s Agenda for Economic Reforms
Vaqar Ahmed
Providing a non-technical understanding of weak economic growth and performance of the public sector in Pakistan relative to that of peer countries, this book serves as an interesting introduction to policymakers, journalists and civil society organisations interested in carrying out research and advocacy work towards improving economic governance in the country. Delving one step ahead from recent literature on Pakistan’s economy, the author focuses on why reform of institutions dealing with economic policy regulation and management is imperative, while simultaneously identifying pending structural reforms that Pakistan’s economy could pursue for inclusive growth and social justice. Exploring the fragmented structure of tax revenue mobilisation, public expenditure management, energy governance, trade and transit framework and the labour market, this book serves as an important resource for readers wishing to have an understanding of economic challenges and reform options. 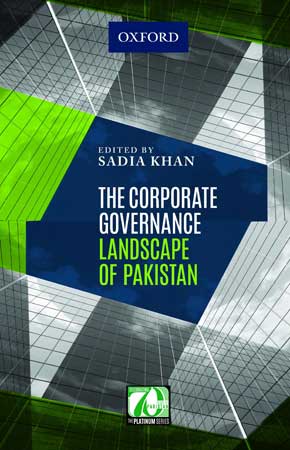