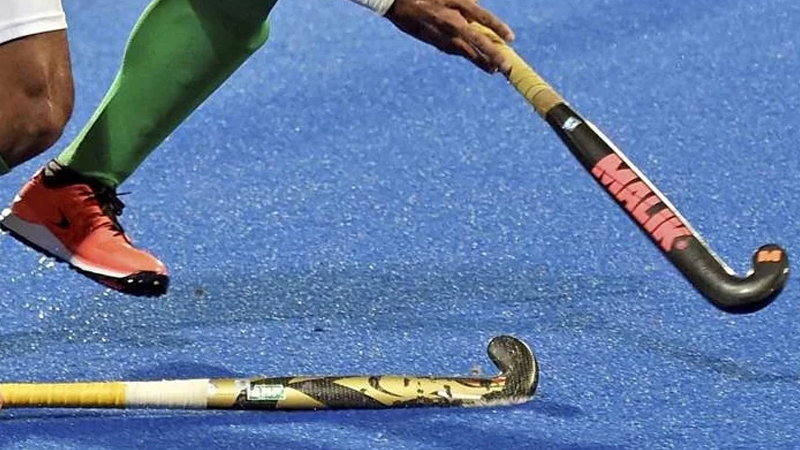 LAHORE: Pakistan hockey has fallen to lowly 18th spot in the latest FIH world rankings. Australia sit at the summit, Belgium are second, Netherlands are third while our neighbours India have maintained their fourth position with Germany at fifth spot. It is heart breaking that nations like France, Malaysia, Wales, Japan, South Africa and Ireland are ahead of Pakistan in top 20 world rankings. In Asia, India are at top while Pakistan are at fifth position. Few international hockey teams have a history as storied as the Pakistan side. It is lamentable that a country who won Olympic gold thrice, World Cup four times (the most by any nation in the history of the sport), Asia Cup thrice, Asian Games gold record eight times, Asian Champions Trophy gold twice, FIH Champions Trophy gold thrice and remained unbeatable at regional level for many years has become one of the lowest teams in the world. This means Pakistan cannot even directly qualify to play the final rounds of the World Cup and the Olympics. Pakistan hockey is facing darkest chapter in its history, as its failure to qualify for the two successive Olympics –– Rio de Janeiro 2016 and Tokyo 2020 –– marks a calamitous new low.

The agonising reality is that Pakistan hockey has acquired a ‘loser’ image in world hockey and become a synonym for defeat, mediocrity and failure. It is now the Sick Man of global hockey and it’s incorrigible and confirmed Pauper. It has reached its nadir. For anyone growing up watching hockey, few teams personified big-match temperament and swagger like Pakistan. Today, though, that swagger has faded, and the entire edifice on which Pakistan hockey rests, lies teetering on the edge.

The sport, for which the country was world-renowned, is now a picture of apathy. Spectator-less stadiums, no international tours, inept PHF, declining numbers of players and a virtual media blackout are enough proof that the nation has lost interest in hockey

The Pakistan Hockey Federation (PHF), ruled by incompetent officials, has been unable to give maximum international exposure and facilities to senior as well as junior players. What more disturbing is that the crippling financial state of the sport has finally struck a killer blow to the country’s national game. For the mandarins who run the hockey show, though, the priorities lay elsewhere. The harsh truth is that the national sport has been reduced to a game of musical chairs, where the officials and former Olympians of yesteryear have taken turns to deprive hockey of both prestige and funds. At the same time, the country’s obsession with cricket and the government’s indifferent attitude have not helped as the corporate sector, and well-wishers have switched their loyalties to the gentleman’s game, the highly successful Pakistan Super League being a prime example, relegating the national sport to the background. The sport, for which the country was world-renowned, is now a picture of apathy. Spectator-less stadiums, no international tours, inept PHF, declining numbers of players and a virtual media blackout are enough proof that the nation has lost interest in hockey.

It is also very unfortunate that the PHF, over the years, has become politicized and nepotistic, just like its cricket counterpart. In the national sphere and the sporting arena the root of our dilemma is the notorious system of patronage and imposed cronies, to the exclusion of merit and professionalism. Under the powerful patron’s benevolent gaze, the pick and choose appointees can survive scandals and failures that would crush an ordinary mortal. These are times when one fails to figure out what is keeping Pakistan hockey alive. In other countries, the people running the hockey affairs contribute by taking professional decisions and by executing them with competence rather than on the basis of personal preference and bias. But, frankly, we are not such a nation.

Pakistan hockey, which remained up in the clouds for more than three decades, is not the same force that it used to be. Pakistan hockey structure lacks in terms of skills and competitiveness. The very base of the game has shrunk beyond belief. Pakistan hockey’s slump is not quite as dramatic or sudden as it now seems to be. It’s been a slow and painful decline that began after 1994. Cricket, with better financial rewards and glamour, slowly replaced hockey in schools and colleges. For the last two decades, the government has done nothing seriously for promotion of the national sport of the country but wants results. To remain consistent, Pakistan hockey needs improvement all over at every tier of the game at the domestic level to show an upward graph. Building a strong team is not an overnight process and it takes years to put together a balanced side keeping in view the modern approach to competitive international hockey, and the exacting scientific preparations that the international teams now favour. The standard of the game is changing so rapidly that the gap between the best and the second in line has narrowed considerably. In fact, the difference between the four top teams has become so small that whenever any two of them meet it is very difficult to predict the outcome of the game.

India in recent years has taken a giant leap in promoting its sports, injecting millions of dollars into cricket, hockey, badminton, tennis, football and kabaddi. They have started staging international leagues attracting world-class players. All this is helping India tremendously to elevate itself in the international sports arena. Unfortunately, the situation in Pakistan is exactly the opposite as the federal government lacks the required level of interest to involve the nation in sporting activities. Instead the Pakistan government is more interested in squandering billions of rupees on worthless projects.

To rise above again, Pakistan hockey requires strong financial backup, commitment and self-belief. Only hard and incessant efforts lead to success. Only then the elusive triumphs will replace the current tragedies that demean the team once basking in Olympic golds and world crowns. In the absence of these, we should not dream of reaching skies. The future of hockey in Pakistan heavily depends on paying attention to grassroots hockey. Pakistan hockey needs adequate hockey activities at early level which is only possible by evolving a system which could ensure that hockey gets due attention among the youth. It is so painful that country’s national sport, having so much pride and passion, has gone to the dogs!