* Back in April, two months after the couple made their romance Instagram official, a source told E! News, 'This is the happiest Kendall has been in a relationship' 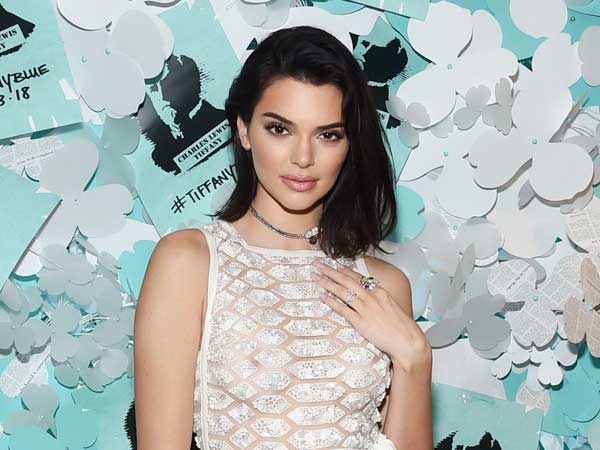 Happy anniversary, Kendall Jenner and Devin Booker! On Saturday, June 12, the 25-year-old Keeping Up with the Kardashians star and 24-year-old Phoenix Suns basketball player celebrated one year of dating. He shared on his Instagram Story photos from a trip they took to Sedona, Ariz. and a video taken at a lakeside restaurant, captioning them “365,” “52” and “1.” Kendall shared his latter post as well as a couple of photos of the two, including one of them cuddled together.

Back in April, two months after the couple made their romance Instagram official, a source told E! News, “This is the happiest Kendall has been in a relationship. It’s getting more and more serious and she is very happy.”

The source added, “Devin is quiet and not interested in being in the spotlight or a celebrity. She really appreciates that about him and is attracted to that. They are really similar and love just being low-key and staying in and laughing together.”

Kendall and Devin first sparked romance rumours in April 2020, two months after they officially started dating. At the time, they were spotted riding around together in his Mercedes-Benz Maybach on the way to Sedona, Arizona. A month later, in May 2020, the rumours about Kendall and Devin were fueled further when she was seen driving him in her Mercedes G-Wagon at Van Nuys Airport. As the speculation continued, in August 2020, Kendall and Devin were spotted with her sister Kylie Jenner at celebrity-favourite restaurant Nobu in Malibu, Calif. Also that month, the model and the NBA star were seen leaving a pet shop in the coastal town with his dog Haven. A source told E! News, “It was a very casual outing, but it seems they are spending more time together for sure and getting closer.”

In September 2020, Kendall and Devin vacationed in Idaho with friends, including Justin Bieber and wife Hailey Bieber.

This past January, things seemed to be heating up between Kendall and Devin, as he reshared her Instagram post showing her in a bikini, captioning the pic, “Whew” along with a panting emoji.

Finally, in February, on Valentine’s Day, Kendall made their romance Instagram official, posting a photo of them sharing a humorous and intimate moment on top of a kitchen counter. Days later, Kendall was spotted in the stands at a Suns game. Also around that time, she shared a photo of a gift, a Louis Vuitton handheld case, monogrammed with “KJ + DB.”