The Divorce — ever get the feeling you’ve been cheated? 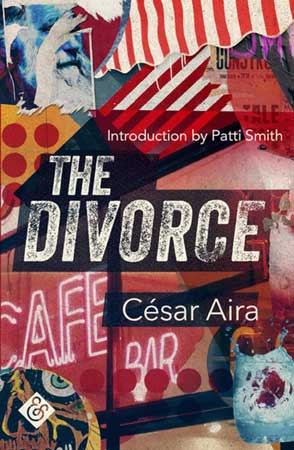 Velocity and perplexity characterise the work of the Argentinian author César Aira, who was born in 1949 and has tended to publish at least a couple of books each year for nearly four decades now. In novellas such as The Literary Conference, involving an attempt to clone the author Carlos Fuentes, or How I Became a Nun, in which a child’s tall stories mingle with a reality that proves stranger still, teasing meta-literary antics unfold with page-turning allure. Aira has become more widely known in English over the past decade, thanks in part to the impact of Roberto Bolaño in translation, which fed demand for other Latin American writers admired by Bolaño. His praise – “Once you’ve started reading Aira, you don’t want to stop” – follows Aira around, appearing once again on his latest book to be translated into English, The Divorce. Its narrator, Kent, is a newly divorced literary academic who leaves the US to spend Christmas in Buenos Aires.