* Rs 343bn worth of new taxes imposed in budget: Abbasi 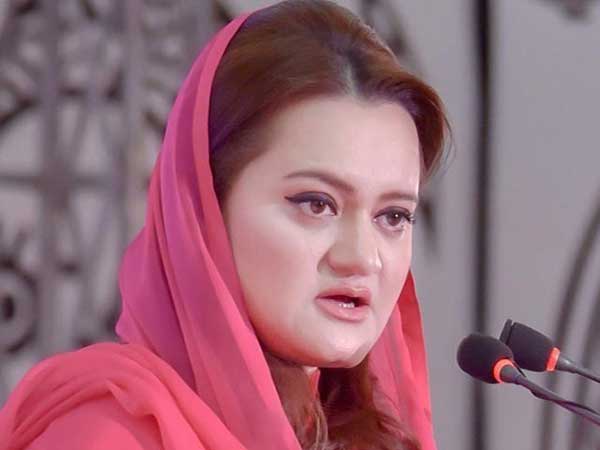 Pakistan Muslim League Nawaz (PML-N) spokesperson Marriyum Aurangzeb has claimed that the PTI-led government is trying to introduce a presidential form of government in the country through its proposed electoral reforms.

In a statement on Sunday, the PML-N leader said the electoral reforms bill, which was passed by the National Assembly on Thursday, is against the Constitution and aims at curtailing the powers of Election Commission of Pakistan (ECP).

“Prime Minister Imran Khan is trying to impose a presidential system on the country by abolishing the federal parliamentary system of democracy,” the statement quoted her as saying.

Marriyum said the elections amendments violate the political and ideological guidelines of the founder of the nation Quaid-i-Azam Muhammad Ali Jinnah and the basic structure and concept of the Constitution.

The former information minister said PM Imran does not want 220 million people to exercise their constitutional right of “one person one vote system but wishes to become the owner of the ‘Electoral College’ of certain people in black and white”.

“This is not a law but a national plan of electoral fraud. The PTI government, which is a product of nationwide fraud through RTS manipulation, wants to get rid of the public vote because they know after destroying the lives of the nation and the national economy they can never get in power through voting in a free and fair election,” she added.

She claimed that after the amendments, the government will have the powers of ECP to “hold elections and manipulate the results”. Marriyum said these amendments are aimed at curbing public awareness, ensuring public distrust of their constitutional and judicial rights and imposes an authoritarian rule.

“Imran Khan is seeking to change the electoral laws to impose a permanent system of ‘selection’ instead of elections in the country.” The PML-N leader said the amendments are tantamount to hijacking the entire ECP and its powers.

The “black amendments” will strip the ECP of its powers to annul elections, conduct inquiries, delimit constituencies, and compile electoral rolls, she explained. The PML-N leader said even delimitations were no longer based on population but on the will of the “selected”.

Addressing a media briefing on Sunday, the former prime minister said when Imran Khan’s government came, new taxes worth Rs1,200 billion were imposed in the country but despite that, only an additional Rs800bn could be raised.

“The budget is based on lies. It is a fake budget and the government will gut the people to complete its targets,” he said. “This is the country’s first government which is lying so brazenly and has no shame in doing so,” he added.

Speaking of LNG plants, he said that the government claims they have contributed to losses but the State Bank report states that they were fruitful. “And now they have taxed LNG as well.”

He lamented the people were purchasing wheat flour at Rs35 per kilogramme in 2018, which had now shot up to Rs80-85 per kg.