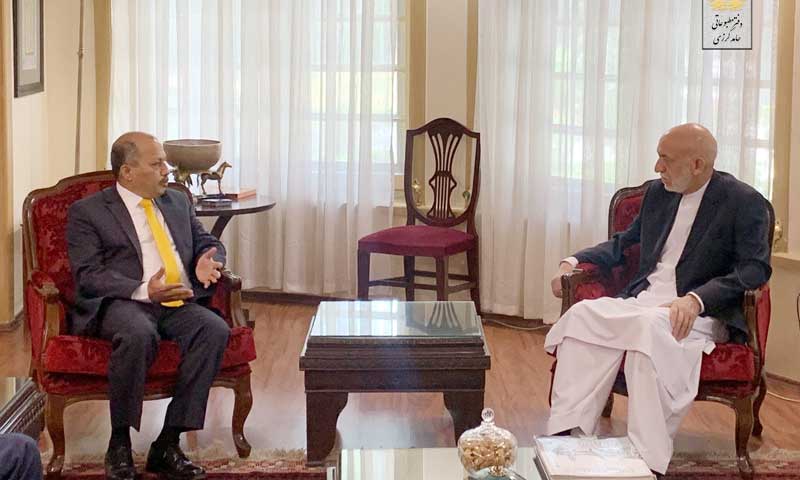 Afghan political leaders, former diplomats, members of civil society, women activists and senior journalists have arrived in Pakistan for a two-day Pakistan-Afghanistan track-II dialogue, beginning on Monday amid stalemate in peace process and tension between the two countries over a series of statements by Afghan leaders.

The first round of the Afghanistan-Pakistan Track-1.5 Bilateral Dialogue has been organised by the Islamabad-based Regional Peace Institute (RPI).

Organizers said Monday the proposed dialogue will provide the platform for these voices to speak regarding a number of issues which are integral to the cause of peace and development.

RPI’s chief Raoof Hasan said the umbrella theme of the meeting is: Stepping into the future – Peace, partnership, progress.

Hasan, also special assistant to the prime minister, said the participants will discuss “The dynamics of peace process – Hopes and impediments, The centrality of women’s role in the future of Afghanistan –Inclusivity for societal growth and sustainability, Post-withdrawal paradigm – Forging economic partnerships for sustainable progress, Parliamentary cooperation – Strengthening democracy and cementing bilateral relations.”

A brief RPI’s note says, “We are transiting through critical times laced with ardent hope for peace to return to Afghanistan and the region. Simultaneously, there is lurking fear for more violence in the aftermath of the withdrawal of the US and NATO forces from Afghanistan. It is in such times that sane and pragmatic voices should speak with an open, dispassionate and candid mind to set forth their take on the ongoing developments and how best to address the challenges.”

According to the programme, Foreign Minister Shah Mahmood Qureshi and Afghan ambassador to Pakistan Najibibullah Alikhil will speak at the opening session.

As there is no progress in intra-Afghan negotiations over the past nine months, Pakistan has decided to boost its role to push the peace process forward.

Sources in Islamabad told Daily Times that Pakistan plans to invite senior Afghan political leaders for consultations as to how Pakistan can help to facilitate the fragile process.

Pakistani ambassador in Kabul Mansoor Khan met Afghan leaders in recent days to discuss the Pakistani proposal and seek their opinion, according to an official source in Islamabad.

“Response of the Afghan leaders was positive to the Pakistani proposal,” the source told Daily Times on Sunday.

A Pakistani delegation twice visited Qatar in nearly two months and met the Taliban envoys to convey the country’s desire for progress in the peace negotiations, reduce violence and to attend the Istanbul conference on Afghan peace, the source said.

It is not clear if the Taliban leaders will be invited to the proposed meeting.

Pakistan had also facilitated a meeting of the Taliban and Afghan government in Urmuqi, China in 2015.

More than 50 politicians from Afghanistan attended a peace conference in Burban in June 2019.