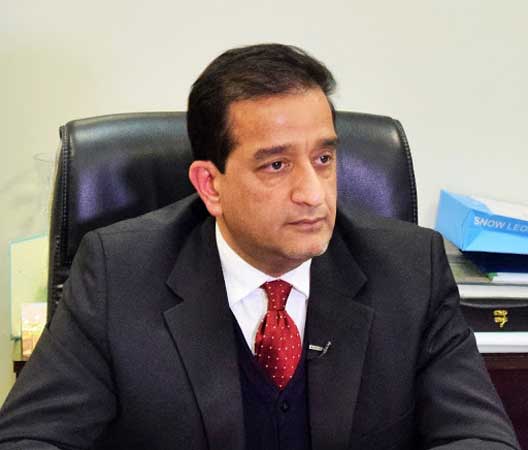 The Prime Minister’s aide in his exclusive interaction told APP that the Green Bonds was a unique financing instrument to achieve global funding for environmental conservation projects and the first of its kind being issued by the country.

Amin said the reason behind issuing green bonds was that the country required funding for building dams which the multilateral banks denied due to Indian officials’ propaganda against Pakistani hydropower projects.

“Pakistan, therefore approached the commercial market of one trillion dollars that has a plethora of opportunities to bag green financing for environment friendly and sustainable projects,” he said.

The Special Assistant to the Prime Minister (SAPM) said that the issuance of Green bonds was Pakistan’s first entry into a one trillion dollars market. However, in response to our US$500 million Green Bonds issued by Water and Power Development Authority (WAPDA) there was a six times bigger response of US$6 billion dollars funding extended by the market, he added.

Amin said, “This shows that there is positive appetite in the market based on Pakistan’s economic stability and green credibility which will provide us the first window to enter in the green market.”

This, he said, was also WAPDA’s acknowledgment for the issuance of the bonds which would be opening venues for Pakistan to the global market.

He underscored that the financing would be used in renewable energy projects, green transport particularly electric vehicles, green buildings or infrastructure development and waste to energy initiatives.

“All these projects can come under this green financing. The most interesting part of the Green Bonds is that there is no sovereign guarantee involved in the issuance of these Green Bonds,” Amin said.

He went on to mention that it was a win-win situation for Pakistan and a clear signal that Pakistan’s credibility was very high in the international Green Bond market.

The SAPM remarked that Pakistan had come at a very right time to give a strong message on green financing to the world on World Environment Day.

The SAPM remarked that Pakistan had come at a very right time to give a strong message on green financing to the world on this on World Environment Day.

To a query, he responded that the Ministry of Climate Change would serve as a conduit to other ministries for issuing Green Bonds for eco-friendly and sustainable projects.

Replying to another query, he said there were two parameters for issuing financing to a green bond based on a country’s economic status and environmental feature of the project where our situation has been very promising and credible which was a proud moment for the nation.