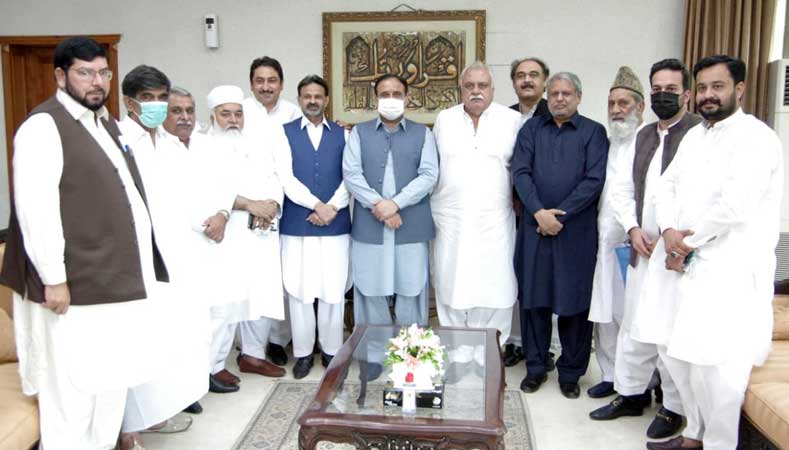 MPAs from the PML-N and the PPP met Punjab Chief Minister Sardar Usman Buzdar on Sunday and expressed complete confidence in his leadership and assured him of their full support.

They also lauded the vision of the chief minister for proposing excellent measures of public welfare in the forthcoming budget. The elected representatives also apprised the CM about the problems of their respective constituencies, said a handout issued here.

Usman Buzdar assured them of resolving their issues on priority basis and said that his doors were always open for all. He asserted that the new fiscal year budget would open a new chapter of development and prosperity for the people of the province as substantial funds were being allocated in the budget. More funds would be allocated for education, health, agriculture, infrastructure and other social sectors, he added.

The chief minister said that separate development packages had been devised for all districts. The negative politics of the conspirators had been buried forever. Now the politics of public service would prevail instead of politics of anarchy, he added. He said that there was no room for corruption and corrupt elements in Naya (new) Pakistan under the leadership of Prime Minister Imran Khan. Without caring for criticism, the journey of public service would be further accelerated, he said, adding that the negative politics of the Pakistan Democratic Movement (PDM) had met its logical end and people had rejected the politics of chaos. The PDM’s end was quite a lesson for those who were engaged in the negative politics, he added. The attempts of opposition to divide the nation failed miserably, he added. The people of Pakistan were well aware and would never be fooled by the corrupt elements, he said.