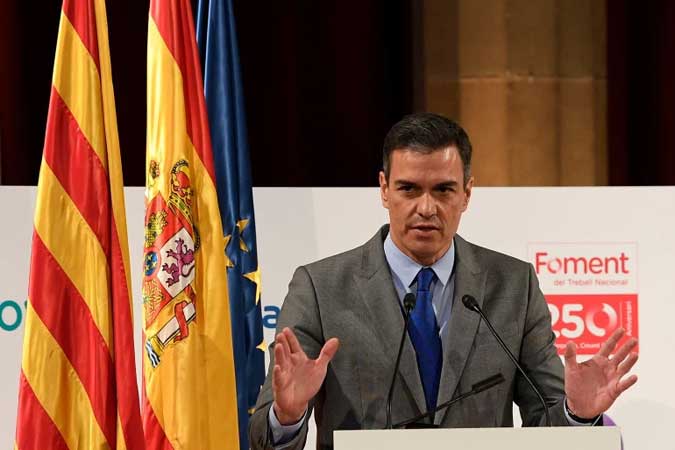 Right-wing protesters hit the streets of Madrid on Sunday to denounce controversial Spanish government plans to offer pardons to the jailed Catalan separatists behind the failed 2017 independence bid.

Around 25,000 people, according to police estimates, gathered in Madrid’s Plaza de Colon at midday (1000 GMT), with the leaders of the opposition Popular Party (PP) and the far-right Vox faction, Pablo Casado and Santiago Abascal, in attendance.

The demonstration aims to turn up the heat on Prime Minister Pedro Sanchez, who has called for understanding over the planned gesture that has dominated political debate for weeks and reactivated controversy over Catalan separatism.

“The only thing that Sanchez wants is to hold onto power at whatever price,” one demonstrator, Pablo Martinez, who had come to the rally with his wife and daughter from Oviedo in northern Spain, told AFP.

During an official visit to Argentina on Wednesday, Sanchez said he understood that “there may be people who could have objections over this decision that the government may take, given what happened in 2017.

“But I ask for your trust. I ask for understanding and for magnanimity because the challenge facing all of us — to promote coexistence — is worth it,” he said.

Although Sanchez’s left-wing government has not said anything concrete on the matter, all indications suggest the pardons will be granted before the summer break.

But the proposal has generated a huge backlash from the right-wing opposition, which has accused the minority government of caving in to pressure from separatist parties, on whose support it partially depends.

“Sanchez is planning pardons to legitimise an ongoing crime… (in) a historic error that won’t solve anything, only to keep his government from going under,” PP leader Casado said.