David Archuleta comes out as member of the LGBTQIA+ community

* The singer-songwriter, who is a member of The Church of Jesus Christ of Latter-day Saints, began, 'I like to keep to myself but also thought this was important to share' 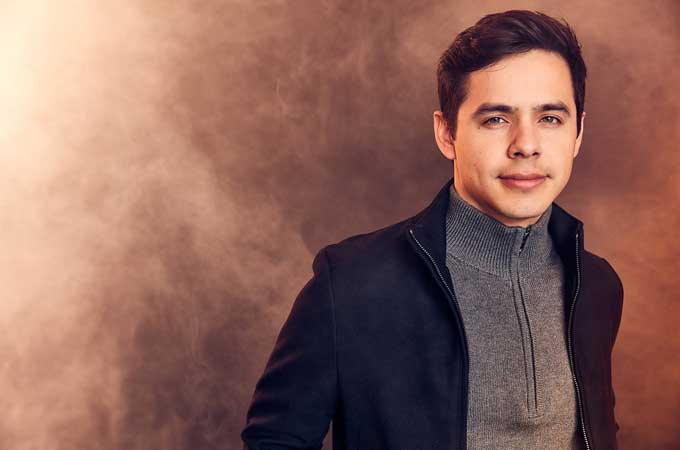 David Archuleta took to Instagram to open up about his sexuality and how he fits into the LGBTQIA+ community.

The American Idol alum, who was the runner-up on the seventh season of the competition series, posted a selfie on the social media platform along with a lengthy caption about figuring himself out.

The singer-songwriter, who is a member of The Church of Jesus Christ of Latter-day Saints, began, “I like to keep to myself but also thought this was important to share because I know so many other people from religious upbringings feel the same way. I’ve been open to myself and my close family for some years now that I am not sure about my own sexuality. I came out in 2014 as gay to my family. But then I had similar feelings for both genders so maybe a spectrum of bisexual.”

David also shared that due to the fact that he doesn’t experience as much sexual desire or urges as others, he believed he may be asexual.

He continued, “There are people experiencing the same feelings of being LGBTQIA+, who are wrestling to follow their beliefs that are so important to them, just as I have.”

He called upon his followers to “consider making room to be more understanding and compassionate to those who are LGBTQIA+, and those who are a part of that community and trying to find that balance with their faith which also is a huge part of their identity like myself.”

“I think we can do better as people of faith and Christians, including Latter-day Saints, to listen more to the wrestle between being LGBTQIA+ and a person of faith,” the 30-year-old star continued. “There are more than you may realize going through that wrestle after all the misunderstandings that come with it. I don’t think it should come down to feeling you have to accept one or the other. For me to find peace the reality has been to accept both are real things I experience and make who I am. I’ve yet to figure out what that means but I appreciate you listening to this personal matter.”

David, who last year released the single “OK, All Right” about facing his personal demons, had not come out publicly as a member of the LGBTQIA+ community prior to this statement. However, fans questioned his sexuality in 2010 after he was spotted hanging out at a gay club in New York City. Later that week, he explained why he was at the venue on social media.

“Hey guys just wanted to clear something up real quick lol. Last night in New York I got invited to go and see my friend Charice perform,” the then 19-year-old tweeted at the time. “Mental note to self: always ask where before you go! Wasn’t my kind of place lol, and I had no clue! I guess you live and learn…Hope that clears things up!”

When fans called out the statement as being critical of the gay community, he clarified, tweeting, “I have friends who are gay, and they’re great people. Whether they’re gay or not doesn’t change how I think of them. I have nothing against anyone, I’m sorry if that’s how it came across. I’m just not into the partying scene lol.”

In 2015, David was accused of attacking the gay community when he shared a quote from Mormon Church leader Boyd K. Packer that said romantic love was only “expressed between a man and a woman in marriage.” At the time, some thought David was showing support for Indiana’s homophobic Religious Freedom Restoration Act.

David also shared that due to the fact that he doesn’t experience as much sexual desire or urges as others, he believed he may be asexual

Given what we know now, David had already come out to his family as a gay man when he shared the quote.

David apologized, saying he did not interpret Boyd’s words in that way.

“I apologize if I have offended anyone with the quote I sent out Saturday,” he wrote on his website at the time. “I guess I didn’t think about the line ‘expressed between a man and a woman in marriage’ being stressed when the whole quote didn’t fit in just 1 tweet. I am sorry my intentions were misunderstood, as my main focus was that too often romance is looked at as the end-all when there is so much more. The bonds that can be there within a family and raising kids, as that is the most valuable thing I have: my family. I do hope however, that whoever may have been offended may know I respect everyone’s freedom to believe and live as they choose. I hope others can respect what I value most in my life as well. Again, I’m sorry and please forgive me if I offended you.”