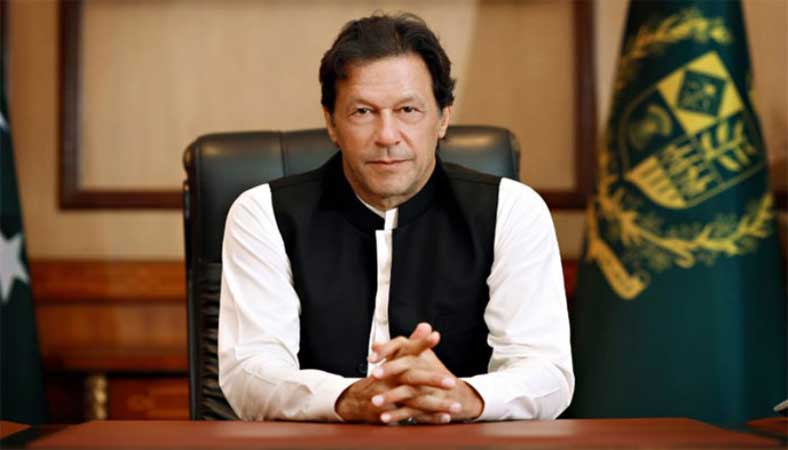 Prime Minister Imran Khan has called upon the world leaders to crack down on online hate speech and Islamophobia following the deadly truck attack in London-Ontario, Canada.

“Everyone is shocked in [Pakistan], because we saw the family picture, and so a family being targeted like that has had a deep impact in Pakistan,” Prime Minister Khan told Canadian Broadcasting Corporation (CBC) in an interview posted on its website on Saturday.

The CBC is the main news outlet in Canada.

The prime minister said the recent pattern of domestic terror in Western countries demanded a heightened focus on online radicalization. To a question about online radicalization, he said, “I think there should be a very strict action against this. When there are these hate websites which create hatred amongst human beings, there should be an international action against them.”

Four-member of Pakistani family were mercilessly mauled down and a nine-year-old boy suffered serious injuries when they were run over by a pickup truck on last Sunday evening. Canadian police say the family was targeted because they were Muslim. The family moved to Canada from Pakistan in 2007.

Prime Minister Imran Khan told CBC that he had raised the issue with his Canadian counterpart Justin Trudeau, describing him as a leader who understood the importance of fighting online hate and Islamophobia. He urged other leaders to make such a commitment. “The world leaders, whenever they decide upon taking action, this will be dealt with,” he opined.

The prime minister reiterated that there was not enough motivation and that some international leaders, or leaders in the Western countries, actually did not understand this phenomenon. He said that he ‘mostly agrees’ with Trudeau and his position on extremism, but also expressed concern with some Canadian laws that he believed were contributing to Islamophobia.

Prime minister Khan described Quebec’s Bill 21 – which banned public servants, including teachers and police officers, from wearing religious symbols at work – as a form of ‘secular extremism’ that led to intolerance against Muslims. “You want humans to basically be free to express the way they want to be, as long as it doesn’t cause pain and hurt to other human beings,” he emphasized.

Yumna Afzaal, 15, Madiha Salman, 44, Talat Afzaal, 74, and Salman Afzaal 46 were out for an evening walk when they were run over by 20-year-old Nathaniel Veltman who police said was motivated by anti-Muslim hate. He had participated in online activity that promoted extremism or violence.