Nothing good will come of leaving Sindh at mercy of ‘Murad&Co’: Fawad 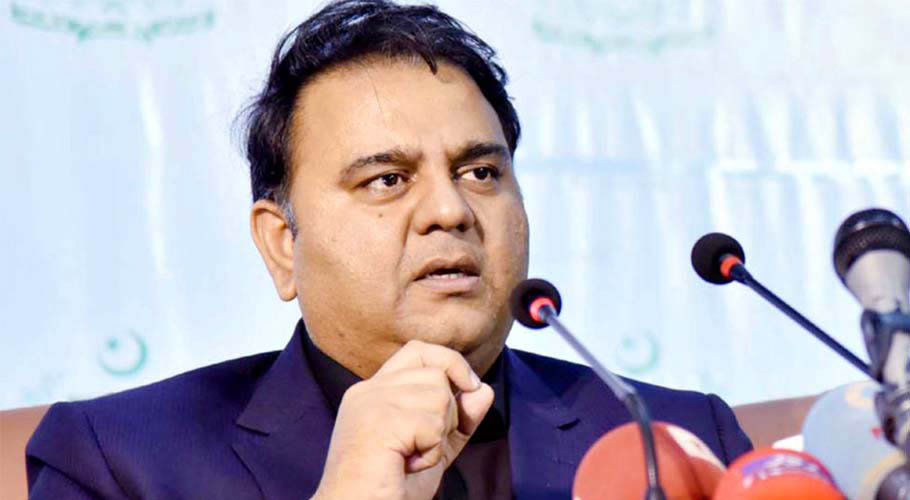 Minister for Information and Broadcasting Fawad Chaudhry Saturday said Sindh’s situation would have been better had PTI formed a government in the province, a private TV channel reported.

“Nothing good will come of leaving the province at the mercy of Murad Ali Shah and Co,” the minister told a press conference, as he lambasted the PPP-led provincial government for having neglected its needs. “[Former president] Asif Ali Zardari has confined [former prime minister] Zulfiqar Ali Bhutto’s party to interior Sindh,” he added.

Speaking further about improvements needed in the province, he said Sindh needs local governments more than any other province of the country. “If Karachi’s mayor directly gets funds – instead of the provincial government providing it to them – then the situation in the metropolis could improve. The funds given to Sindh are not spent on the people,” he said, adding that the Sindh government has not introduced any new schemes for Karachi. “The Sindh government has not been able to provide the necessary equipment to its police,” he said, adding that the Supreme Court should take notice of Sindh’s dismal state.

The minister, talking about electoral reforms, said PTI’s position is clear on the matter as it aspires to give voting rights to overseas Pakistanis. “We have taken steps on making elections transparent.”

On the federal government’s budget for the fiscal year 2021-22, Chaudhry said Rs1,100 billion had been proposed for the rural economy. Separately, Minister for Information and Broadcasting Chaudhry Fawad Hussain on Saturday lashed out at the opposition’s customary irresponsible attitude of not even bothering to going through the budget document up till now. “What can the people expect from such frivolous opposition,” he said in a tweet. He said these people will be seen standing in the corner carrying similar banners for the next seven years. He said the federal budget has been appreciated by people from all walks of life, which adds to its importance. Meanwhile, Fawad Ch announced that the federal government would soon launch a film policy for the revival of film industry with the provision of due incentives. Electricity billing category of cinemas would be converted from commercial to industrial, besides waiving off taxes to give relief to investors, he said while addressing as a chief guest in the Pakistan International Film Festival (PIFF) – Women Edition. He said the government is offering loans of up to Rs 50 million for film-makers within the age limit of 45 years. He also announced establishment of four institutions including media technology university, film school (to be established at Karachi), institution for performing arts and school for modern journalism for boosting film industry. He emphasized upon universities which were offering mass communication discipline to upgrade their syllabi as per the modern world.