‘Everyone will be happy’ with budget: Imran Khan 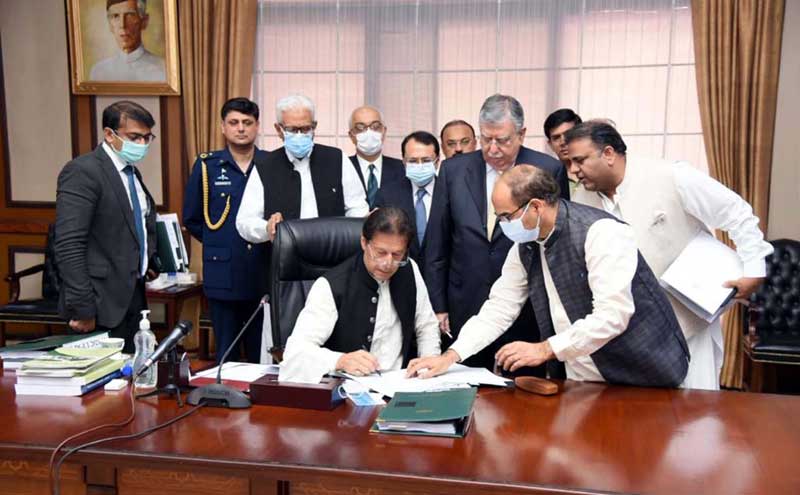 Prime Minister Imran Khan hosted parliamentarians belonging to the government’s coalition parties for a lunch on Friday, where important issues relating to the country’s political situation and the budget were discussed.

A journalist asked the premier whether the budget, which was to be presented later in the day, will be a ‘people-friendly’ one. “Today, everyone will be happy,” said the prime minister in response.

Meanwhile, in his reaction to the budget for fiscal year 2021-22, Foreign Minister Shah Mahmood Qureshi said the budget is the manifestation of stable economy and country’s onward journey towards economic growth. He said the budget was packed with reliefs and incentives with special focus on welfare of middle class and new schemes for poor people. He said the annual budget was specially focused on the housing sector and also featured a policy to provide shelter to homeless.

Qureshi said various incentives had been announced for the farmers including the interest free loans to boost the agriculture sector. The effort was to make this an “export-led growth budget”, he remarked. Also highlighting the 10 percent raise in salaries and pensions, the foreign minister said through this budget, the country would start journey towards economic growth.

Minister for Information and Broadcasting Chaudhry Fawad Hussain said that the government has announced the country’s historic and biggest-ever development budget of Rs 900 billion for the upcoming fiscal year. In a tweet, he said certain concessions were given besides increase in salaries of the federal government employees. He said that the share of provinces was being increased by 27 percent, enabling the provinces to increase their development budget. Minister for Maritime Affairs Ali Haider Zaidi hailed the federal budget 2021-22, saying the main focus has been put on income generation, productivity and exports. Terming the budget as progressive, he said during the next fiscal year, the focus would also be put on minimizing imports. In his reaction on the budget speech, the minister said beneficiaries, Small and Medium Enterprises (SMEs), non-conventional exports and most importantly will generate mass level employment in the country. He also appreciated initiatives announced in the budget to promote technical sector.