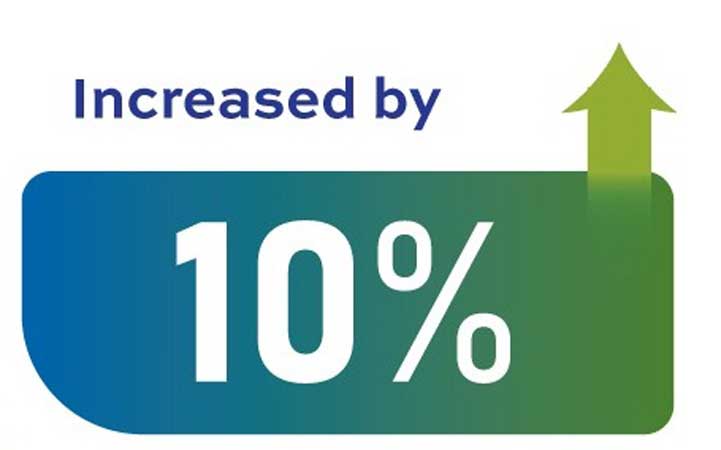 The federal government has announced 10 percent ad-hoc relief allowance in the salaries and pensions of government employees.

Delivering the budget speech for the year 2021-22, Minister for Finance Shaukat Tarin announced that the increase in salaries and pensions would be applicable from July 1, 2021.

The government also proposed increase in the orderly allowance from current Rs 14000 to Rs 17500 per month besides raising integrated allowance for the employees of grade 1 to 5 from Rs 450 to Rs 900.

Similarly, to minimize the inflationary pressures, especially on the labourers and workers, the government has increased the minimum wage to Rs 20,000 per month.

Meanwhile, government employees protested outside parliament on Friday as a session of the National Assembly took place inside with Minister for Finance Shaukat Tarin unveiling the national budget for FY2021-22.

The employees had gathered there after having travelled from different provinces, demanding a raise in salaries. The protesters said that for the past three years, they had not seen any raise in pay. They also demanded that contract employees be quickly regularised.

A large contingent of police was present outside the parliament to guard against any untoward incident. The road leading up to the parliament was blocked off with barbed wire, but it proved unsuccessful to deter the protesters, who jumped over it. The government employees blocked off Shahrah-e-Dastoor (Constitution Avenue) where the parliament and all other important buildings are located and staged a sit-in at the main gate of Parliament House.