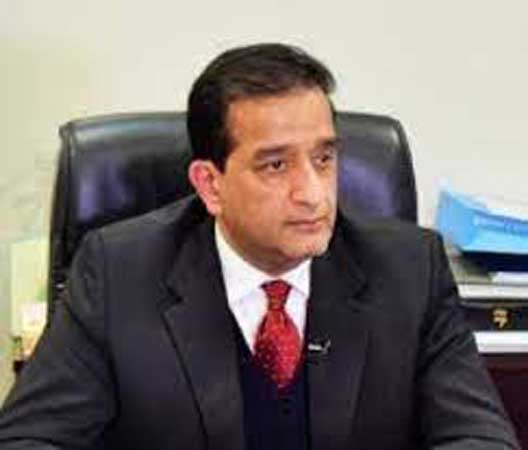 Special Assistant to the Prime Minister (SAPM) on Climate Change Malik Amin Aslam Friday said Pakistan, which was undergoing a heat wave phenomenon at the moment, was recorded as the hottest region in the world.

The SAPM was addressing a webinar on “Children and Ecosystem Restoration” jointly organized by UNICEF and the Ministry of Climate Change. He also launched five strategic reports and documents based on Water, Sanitation and Hygiene (WASH) related sustainable development goals pledged by the country.

Amin said the weather pattern was transitioning at the present that demanded a consolidated response to the issue. The wind patterns were also changing their direction.

“We have to take steps to cope with it and plant trees, which is the cheapest and effective possible solution,” he added.

The SAPM said Pakistan’s Himalayas (northern areas mountain ranges) were becoming the warmest areas in the world. “A report launched in Spain highlights that these areas will be hotter than the rest of the world due to adverse impacts of environmental degradation and climate change.”

Amin said plantation had become a challenge in the Northern Areas as there was no land available for the purpose.

“It is also the origin of our water reservoir that provides us with water. We want the hotels that are being built in Gilgit-Baltistan to be green and regulated to prevent further damage to the ecology driving rapid melting of the glaciers due to rise in temperature,” the SAPM mentioned.

Speaking on the occasion, UNICEF Representative in Pakistan Aida Girma said the people facing disastrous impacts of climate change were not seen as victims, rather active members driving the climate action by the United Nations International Children’s Emergency Fund (UNICEF).

“Cyclones and floods have led to displacement of millions of masses where Pakistan runs fifth most affected country due to climate change,” she said.

Girma added that the impact of climate change would be worse on children and young people. “But young people and children can be the solution all over the world and in Pakistan as well. We have seen many examples in Pakistan where young girls and boys are demanding climate action.”

The White Paper on impact of climate change on children was a very step to address the issue where UNICEF was assisting the government of Pakistan under Ten Billion Tree Tsunami Plantation, Clean Green Pakistan Index and Champions initiatives, she added.

She announced that UNICEF was going to launch the world’s largest lesson on climate change with the collaboration of the Ministry of Education. “We are continuing to work with all partners of Pakistani government in addressing climate change.”

Parliamentary Secretary Rukhsana Naveed said,”We need to work in balancing and repairing the environment that we have damaged a lot. Unless we address the macro and micro challenges of climate change mitigation no decisive outcome could be achieved.”

She said the launch of Hand Hygiene 4 All was a great step post-Covid outbreak, including the launch of WASH under NDC. “We welcome UNICEF study on urban wash behaviours where it is pertinent to raise awareness among the children on the environment.”

She encouraged the children, youth and mentors to become part of Clean Green Pakistan Index and protect the environment.