The Supreme Court (SC) on Friday stopped the demolition of Hindu temple Dharamshala in Karachi and directed the Sindh secretary archaeology and commissioner Karachi to submit a report over the matter.

During the course of proceedings, the court expressed annoyance over the Evacuee Property Trust Board chairman.

Hindu Council Chairman Dr Ramesh Kumar said a Hindu shrine Dharamshala in Karachi was being demolished and a new building was being constructed over there.

The ETPB chairman said a hotel had been running since 1947 in the building called Dharamshala.

Advocate Hins Jillani said there was an objection to the minority commission formed by the government.

She said the minority community also objected to the government curriculum.

The chief justice asked why there was so much controversy over the curriculum? 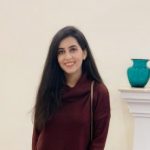