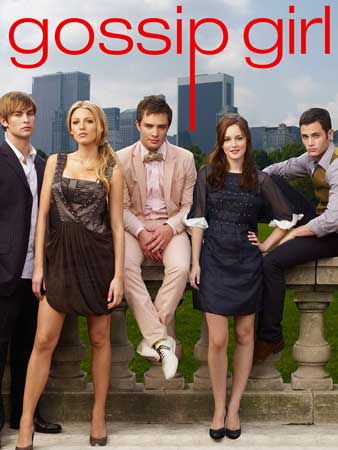 The new Gossip Girl series just dropped its first trailer and it’s clear this version is going to deliver just as much drama as the original.

On Wednesday, June 9, HBO Max released the first footage for its forthcoming reboot of The CW’s beloved teen drama that went dark in December 2012 after six seasons. Viewers won’t need to wait long to see more, as the premiere launches on Thursday, July 8.

Indeed, there appears to be plenty for fans of the original to love, given that the trailer hints at a new love triangle seemingly destined to rival the Chuck-Blair-Dan and Nate-Serena-Dan complications of yore. Fittingly, Frank Ocean’s “Super Rich Kids” plays at the end to add to the vibes.

“She is a stranger who has found herself in your friend group,” one character warns, “with your boyfriend.”

The key returning presence in the new version is the voice of Kristen Bell, who narrates the episodes, as she did in the original. This time, every move made by the Upper East Side private-school teens is documented by a mysterious Instagram account, replacing the first version’s blog.

The new Gossip Girl is again based on the book series from author Cecily von Ziegesar, in addition to being based on the previous show that was created by Josh Schwartz and Stephanie Savage. The showrunner for the new project is Joshua Safran, who served as a writer and executive producer on the original, while Josh and Stephanie are EPs on the reboot.