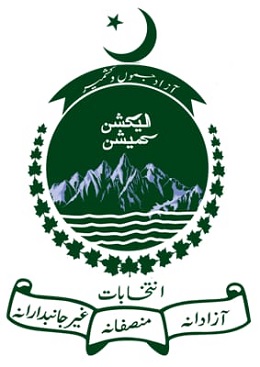 “The significance of free, fair, transparent, and peaceful elections in AJK has increased manifold since the Indian government disenfranchised the people of occupied Kashmir and now the whole democratic world is eying elections in the liberated territory” he asserted.

The state president was speaking after the chief election commissioner presented him the annual report of the Election Commission for the year 2020 here on Friday, AJK President office said on Friday.

Senior Members of the Election Commission Raja Mohammad Farooq Niaz and the member of the Farhat Ali Mir were also present on this occasion.

The state president said that the outstanding performance of the State Election Commission was evident from its annual report, and hopefully, the incumbent chief election commissioner will uphold the tradition of holding free and fair polls in the state.

Expressing satisfaction over the steps being taken by the Election Commission, the state president said that contrary to Azad Kashmir, elections in occupied Jammu and Kashmir have never been free and fair.

“All the elections held in occupied Kashmir since 1951, were nothing except a farce and drama. India has never respected the wishes and aspirations of the Kashmiri people, and after August 2019, it had deprived the Kashmiri people of even their right to franchise, and now there is neither any elected government nor elected assembly,” he added.

“The administrative affairs in IIOJK were being run by a Lieutenant Governor who is a nominee of Delhi regime, and there is no representation of the local Kashmiri people in the so-called government setup,” Mr. Khan said.

He said that bitterness among different political parties certainly crops up during the elections but the tradition of political harmony and mutual respect has been very stable in Azad Kashmir. He expressed his hope that the political parties and politicians would maintain this environment of political tolerance this time too.

On this occasion, Chief Election Commissioner Abdur Rashid Sulehria said that all necessary arrangements have been completed to hold free, fair and transparent elections in Azad Kashmir on July 25 for which the election schedule has already been announced for 33 seats of Azad Jammu and Kashmir and 12 refugee seats in Pakistan.

He thanked the state president for supporting the revival of the Election Commission office at Poonch House Rawalpindi. Other members of the delegation said that these would be the first elections since the approval of Azad Jammu and Kashmir Election Act 2020 by the state legislature, and under this act, delimitation has been made and other necessary steps have already been taken.