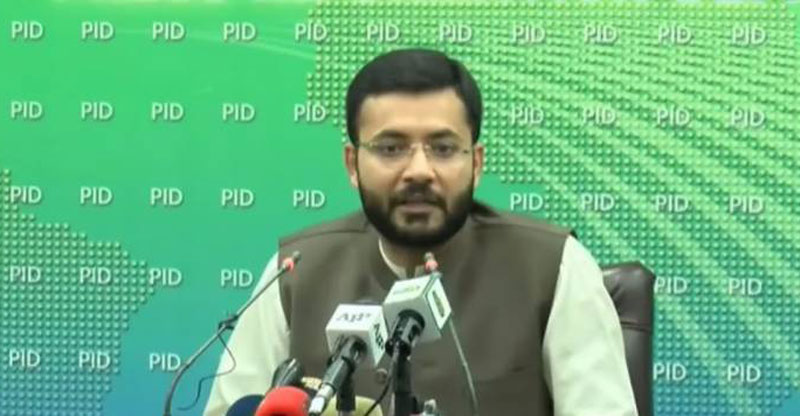 ISLAMABAD: Minister of State for Information and Broadcasting Farrukh Habib on Friday said that the government was presenting an excellent, balanced and people-friendly budget for the financial year 2021-22. In the budget 2021-22, maximum funds will be allocated for the welfare projects for the poor segments of society, labor and working class, he said while talking to a private news channel.

Farrukh Habib said that the budget would be austerity-oriented and public-friendly and efforts would be made to put minimum burden on the common man. The resources generated through financial discipline, transparency and good governance were also being spent on the welfare of the people, he added.

The State Minister said besides big cities, balanced development of villages is also being ensured so that all facilities should be available to the youth and farmers living in rural areas. He said underprivileged segments of the society were most affected by Covid-19 difficulties and the government would not put any further burden of direct taxes and would facilitate the common man.

He said PTI is pro-labor party and Prime Minister Imran Khan has always been supportive for the rights of the workers, adding that the pays for laborers including painters, unskilled labor, plumber, electricians was increased.

The Minister said with the prudent policies of the government, over 13 percent export has increased, adding the per capita income was also increased which is another historic achievement of the present government.

He said the country has better days ahead where the common man will get full benefit from the prudent policies of the present government.

He mentioned that to make major changes in the Kamyab Jawan Programme (KJP), planning to increase the loan facility for youth, which would prove as an engine for jobs creation, poverty alleviation and economic growth in the country.

He said that like KPK province, the Health Card project would be further expanded to other provinces of the country to facilitate working and poor class. He said the present government was constructing dams to provide 10 thousand megawatts of electricity at a cheap rate. Habib also assured that the government would control the inflation and the common man would get relief on priority.