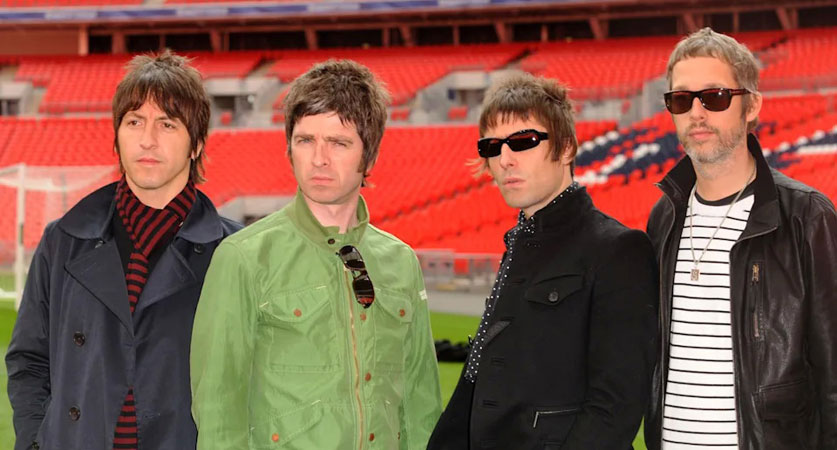 Noel Gallagher has reflected on the 2009 break-up of Oasis and how it cemented their legacy in music.

The group parted ways after a heated confrontation between him and frontman and brother Liam Gallagher at the Rock en Seine festival near Paris, and animosity has persisted between them ever since. Noel has spoken about his choice to leave during an appearance on Sky Arts programme Noel Gallagher: Out Of The Now.

“It’s not a decision I took lightly,” he said.

The rocker, who was the band’s main songwriter, added: “And I’d written every meaningful song that was ever recorded by Oasis. And it was my life, I directed it and creatively it was my thing.

“With the benefit of hindsight it was the best thing for me and for the band.

“Because the band now, Oasis back in 2009 were not lauded as one of the greats of all time. There was a kind of undercurrent of, ‘Well, they should really call it a day.’ That’s what I felt anyway.

“And I felt that people had stopped listening to the records and were coming to see us trot out the hits and it’s a position I never wanted the band to be in. But now of course we’re seen as up there with all the greats.”

He described the incident in Paris as the “straw that broke the camel’s back”.

The guitarist said he was sitting in the back of a car outside the music festival in France when he made the decision to leave the group.

He said: “And the driver pulled off and that was it. I didn’t feel a sense of relief because I knew there was a s***storm coming. And there was going to be a lot of nonsense talked about it.”

Fans have continued to call for a reunion, something Liam has said he wants too – but his feelings are not shared by Noel.

Noel recently said claims made by his brother that he had turned down £100m to reunite were untrue – but that if anyone did actually want to offer him the huge sum, he’d get the band back together again.