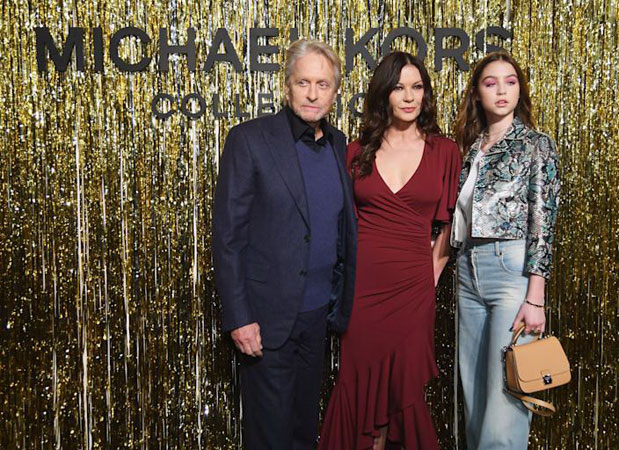 Michael Douglas has admitted he found it “rough” being mistaken for his daughter’s grandfather at her high-school graduation.

The 76-year-old Hollywood actor and his wife Catherine Zeta-Jones, 51, recently attended the graduation ceremony for their daughter Carys, 18, but other parents did not recognise him for who he was.

Douglas told The Kelly Clarkson Show: “I gotta tell you, Kelly, it’s a little rough when you’re going out the doors and the other parents are saying, ‘Oh congratulations you must be so proud of your granddaughter.’

But the Wall Street star said it was a “lovely” ceremony, despite the COVID restrictions in place.

The actor posted a picture of the family attending the graduation ceremony together, captioned: “Congratulations to Carys and the entire class of 2021! Your Mom and I are so proud of you! We love you so much and we are so excited for your future as the best is yet to come! Dad.”

Douglas is father to Carys and 20-year-old son Dylan with Zeta-Jones and 42-year-old son Cameron with his first wife Diandra Luker, the daughter of an Austrian diplomat.

He is also grandfather to Cameron’s children Lua, born in 2017, and Ryder, born last year.

The Fatal Attraction star admitted to Clarkson that he and wife Zeta-Jones were worried about being “empty-nested” now their children are both grown up.

“You forget how many conversations you sort of hide behind in terms of talking about your kids and what’s going on next and this and that, and then one day you just look at each other “We’re 20 years now, so all those good years of paying attention to each other are paying off now.”