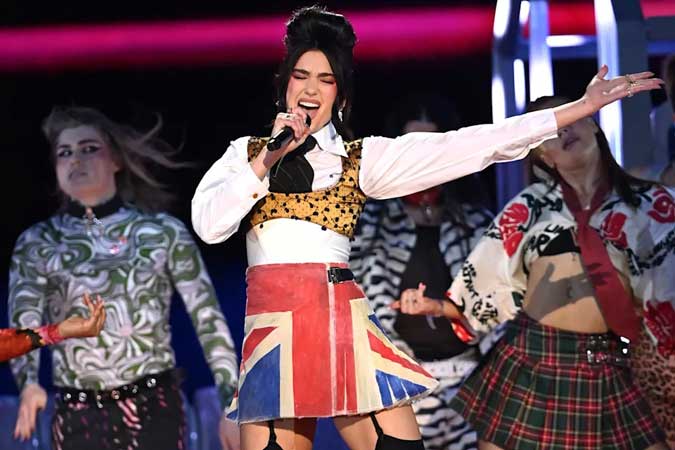 Dua Lipa has been named as the most-played artist of 2020 in the UK due to the success of her second album Future Nostalgia.

The 25-year-old picked up prizes at the Grammys and Brits this year for her work on the critically acclaimed record, which includes hits like Don’t Start Now and Physical.

The singer said: “Thank you so much to everyone that listened to and loved my music during 2020.

“I’m incredibly proud that I was the most played artist on radio, TV and all across the UK. I so wanted Future Nostalgia to bring some happiness during such a difficult time.

“Thanks to everyone who supported it and also to PPL, who do important work in making sure artists and musicians are paid when their music is played.”

Ed Sheeran had previously been the most-played artist every year since 2017, but hasn’t released a new album since his 2019 No.6 Collaborations Project. However, he remains the second most-played artist thanks to his back catalogue.

Further down the list, Ariana Grande came in third, Sam Smith in fourth and Calvin Harris in fifth

The most-played song of 2020 was The Weeknd’s Blinding Lights. He headlined the Super Bowl halftime show and won a Brit Award, but was controversially not nominated at the Grammys.

Don’t Start Now by Dua Lipa was second, Higher Love by Kygo and Whitney Houston was third, Dance Monkey by Tones and I was fourth and Adore You by Harry Styles was fifth.

PPL’s annual charts are compiled from music usage and airplay data from radio stations and television channels as well as public performance locations.