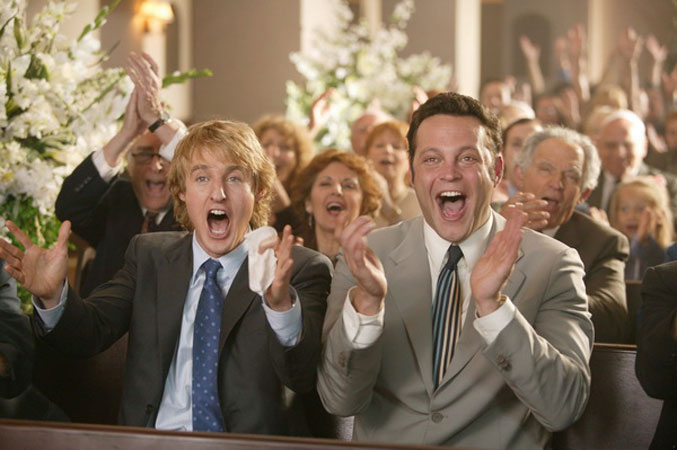 Get ready to RSVP for Wedding Crashers 2. Owen Wilson is confirming internet rumors that the sequel to the 2005 comedy hit with Vince Vaughn might start filming as early as August. “I don’t think it’s 100 percent yet, but they’re definitely talking about doing it,” the actor tells Yahoo Entertainment during a chat about his upcoming role in the new Disney+ Marvel series Loki. “We’ll see!” (Watch our video interview above.) Reports of a second Wedding Crashers comedy have percolated for some time, but picked up steam last week when the industry publication Production Weekly included the sequel on its list of upcoming projects. According to the information in the listing, Wedding Crashers 2 will start filming in August in Puerto Rico, and features the entire original cast — including Wilson, Vaughn, Isla Fisher and Rachel McAdams — returning alongside director David Dobkin. The Production Weekly capsule also indicates that the second film is specifically being made for HBO Max, although a theatrical run likely wouldn’t be out of the question.