PDM parties neither on same page nor they ever will be: Ch Sarwar 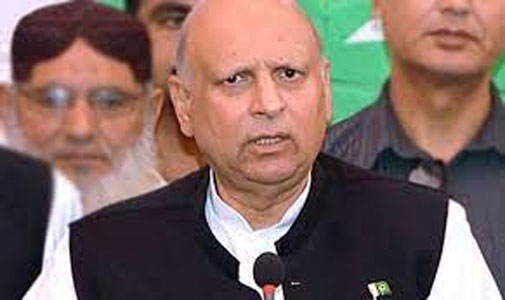 Punjab Governor Chaudhry Sarwar said Thursday that all the Pakistan Democratic Movement (PDM) member parties are neither on the same page nor they ever will be in future too.

During a meeting with Senator Aijaz Ahmed Chaurdhry, Ch Sarwar said that all the allies including Pakistan Muslim League-Quaid (PML-Q) will support the government in the upcoming budget.

“Reservations of the government allies on certain issues is the beauty of democracy. The opposition will keep dreaming while the budget will get approved,” he added.

Chaudhry Sarwar further said that the Canadian prime minister’s declaration of Islamophobia as a reality is a victory of Pakistan’s stance. He said that Imran Khan doesn’t have any personal agenda, he is only protecting the interests of his people and nation.

“Special steps will be taken in the upcoming budget to provide relief to the people in every sector,” he added.

During another meeting with Provincial Minister Abdul Aleem Khan, Chaudhry Sarwar said that adamant rejection by the opposition parties to support electoral reforms tantamount to assisting election rigging in the country.

He said that the government believes reforms are vital to a transparent electoral system in the country but the opposition by the democratic forces is incomprehensible. He said the opposition parties should support government initiatives for the good of democracy. Chaudhry Sarwar said the government believes in transparency and merit and will continue to implement it across various sectors, adding that electoral reforms are a step towards fair and transparent elections. The Punjab governor said the government will ensure the right to vote to the overseas Pakistanis, adding that the overseas Pakistanis have played a significant role in the country’s development over the years.