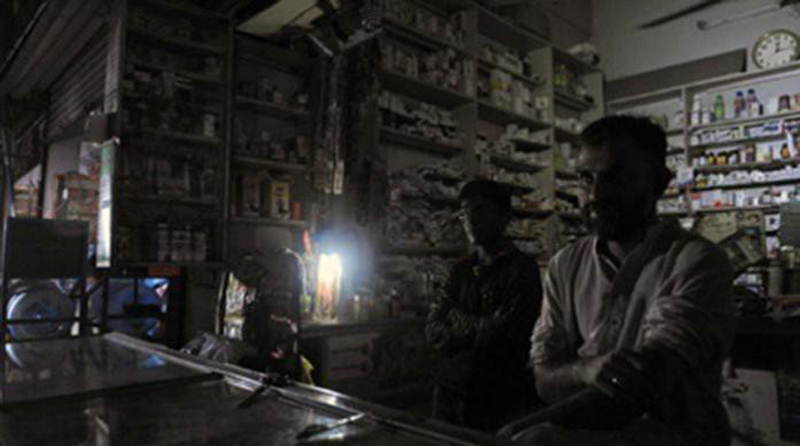 LAHORE: Power crisis throughout the country is reaching severe levels. With electricity being suspended for several hours in the city, the situation in villages is indescribable. People have been affected due to the prolonged power outages in the hot weather.

Lahore, Islamabad, Peshawar along with other cities are currently facing prolonged hours of load shedding.

According to sources, sector G6 one three of Islamabad did not have any electricity throughout the night. Power outage in the suburbs of Peshawar has reached 18 hours.

The total shortfall of electricity is maintained at 7000 to 8000 MW. There are chances of there being damage caused to the machinery due to the mudslide at Tarbela dam.

According to the Minister of Energy, Tunnel III of the Tarbela dam has become operational. The power generation is increasing whereas, a shortfall of 593 megawatts has been recorded.

The situation of Karachi has not changed with respect to load shedding whereas Quetta is also currently facing extreme heat. In this situation load shedding has increased in the city with up to 8-12 hours of electrical shortage being faced in different parts of the city.

Apart from Quetta in areas of inner Balochistan, there have been long hours of announced and unannounced load shedding. The rural areas are being supplied with just 4-6 hours of electricity.

On the other hand, the spokesperson from Casco said that due to the harsh weather conditions, the load on the distribution system has increased. Overloading has led to the tripping of the transformers and feeders.

He further said that Balochistan is being provided by electricity as per its requirement, load management is being done through the province to make the recovery proportional.

With the hot weather in Sukkar Sindh, and the long hours of load shedding the water supply in the city is also being suspended due to the lack of electricity.

Citizens in Rawalpindi are fed up by the unannounced load shedding in the city. There have been complaints of the WAPDA officials not arriving for hours on end in areas where the transformers have tripped.

Due to extreme heat in Peshawar, the duration of unannounced load shedding in the urban and suburban areas has reached 12 to 15 hours. Prolonged power outages are severely affecting daily life. Drinking water has also been cut off due to power outages, which has doubled the hardships of the citizens.

According to a PESCO spokesperson, complaints are being received about tripping on power feeders and faults on transformers.

Illegal use of cables and electricity is a major cause of breakdowns and load shedding.