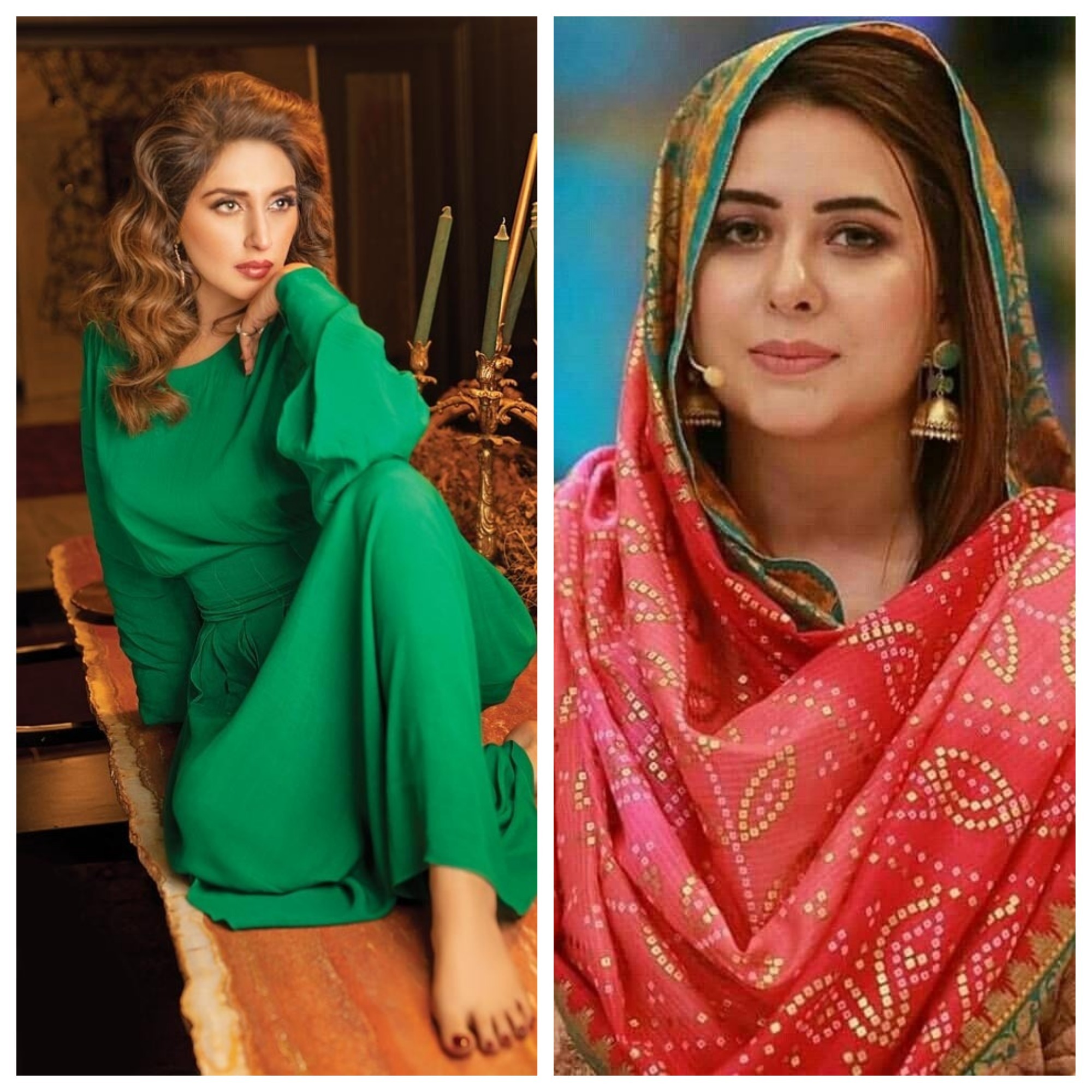 Pakistani actor Iman Ali has came under fire recently when she compared her looks to a transgender on Vasay Chaudhry’s show.

Pakistani news anchor Rabia Anum did not waste any time to call Iman Ali out. The anchor did not appreciate Iman disgraced the transgender community while being careless in comparing herself.

The anchor took to Instagram to share her thoughts while sharing a post of the interview. She called Iman ‘stupid’ and wrote, “Iman Ali now thinks “Khusra” is ok to use as a demeaning word. And these people are paid to be in these shows!” 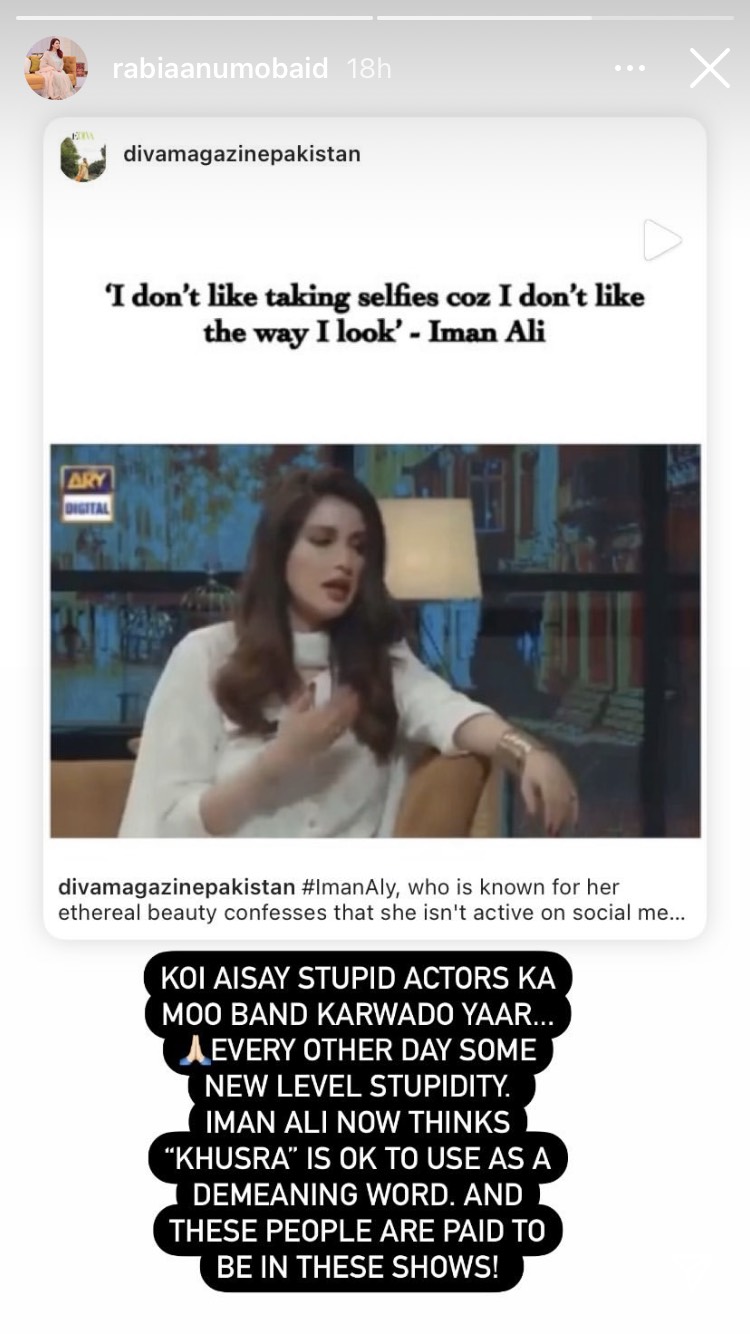