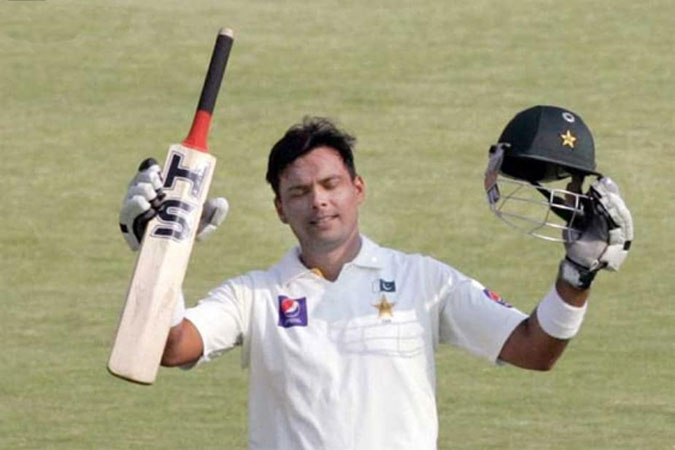 LAHORE: Pakistan star cricketer Khurram Manzoor is celebrating his birthday on Thursday (today). He turns 35. At only 16, Khurram, born on 10 June 1986 in Karachi, made an attacking 73 on first-class debut against Peshawar. Khurram was one of many Test openers tried, dropped and called up again by Pakistan’s selectors. He drifted off the scene for a couple of years, but came back strongly for Karachi Whites in the 2004-05 season, scoring close to 500 runs with two hundreds. That sparked his push to the fringes of the national squad, where Pakistan struggled constantly to find a stable opening pair. An aggressive opener with a stance not too dissimilar to Ijaz Ahmed’s –– backside jutting out and legs planted wide apart –– Khurram came into national reckoning finally after scoring over 1,000 runs at 53.9 in the first half of the 2007-08 season. He played for Pakistan A against Australia A, before being drafted into Pakistan’s squad for the final ODI against Zimbabwe in January 2008. He duly made his international debut in Sheikhupura, marking it with an impressive fifty. He made his Test debut against Sri Lanka in 2009. Khurram had been not out on 59 overnight in his second Test when it had to be scrapped after the Sri Lankan team bus was attacked by terrorists in Lahore. On Pakistan’s disastrous 2009-10 tour of Australia, Khurram batted for six hours, trying unsuccessfully to save the Hobart Test. But his best innings came against South Africa in October 2013, when he scored 146 and shared an opening century stand with Shan Masood in Abu Dhabi. Pakistan won the Test by seven wickets. Khurram played his last Test in 2014, last ODI in 2009 and last T20I in 2016.