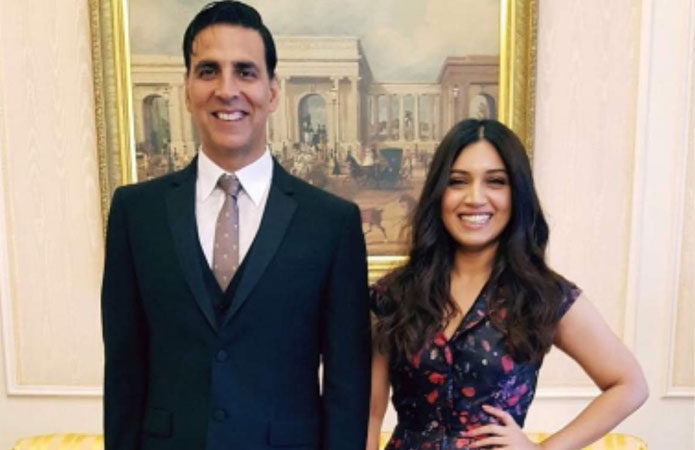 This will be Bhumi’s second film with Akshay after Toilet: Ek Prem Katha.

Bhumi took to Instagram to share a photo of herself, Akshay and Aanand. She captioned it, “A very special film & a very special reunion. Am supremely excited to be collaborating again with two of my favourite creative powerhouses & humans. Am full of gratitude to be a part of this special, heart-touching story #RakshaBandhan.”

Akshay shared the same photo with the caption, “When you are happy, it shows And indeed we are to have @bhumipednekar onboard #RakshaBandhan.”

Akshay Kumar and Aanand L Rai are also collaborating on Atrangi Re, which also stars Dhanush and Sara Ali Khan.

Raksha Bandhan revolves around the brother-sister bond and has been written by Aanand’s longtime collaborator Himanshu Sharma. While announcing the film with a poster, Akshay wrote, “A story that touches your heart so deeply & so instantly, it’s the quickest I’ve signed a film in my career. Dedicating this film, #RakshaBandhan to my sister, Alka & to the most special bond in the world that of a brother and sister. Thank you @aanandlrai, this one is very special.”

Talking about the film, Akshay Kumar earlier said in a statement, “Hardly ever in life does one come across a story that touches your heart so deeply and so instantly! It will make you laugh, and it will make you cry. And it will make us realise how blessed are those who have sisters. It makes me happiest that my sister Alka is presenting and producing this film along with ace director Aanand L Rai. Can’t thank him enough for bringing me one of the most special films of my life.”