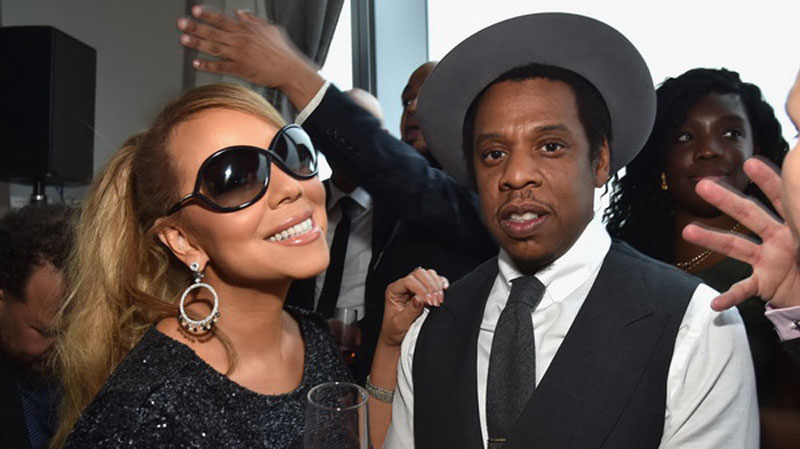 Jay-Z once rapped he had 99 problems, but according to Mariah Carey-she is absolutely not one of them. The record-breaking superstar took to social media on June 7 to dispute recent reports of her leaving Roc Nation after having an “explosive meeting” with the rapper and owner of the management label.

Along with the caption, the singer posted a short video of the two’s chart-topping 1999 duet, “Heartbreaker.” The last line of her caption is actually a reference to Jay-Z’s other popular single, “Izzo (H.O.V.A).”

The rebuttal comes just one day after The Sun reported that Mariah parted ways with Roc Nation on a bad note after the two musicians got into a heated debate.

‘The only explosive situation I’d ever get into with Hov is a creative tangent,’ Mariah wrote

“Mariah and Jay had an explosive meeting which did not go well at all,” a source told the outlet. “She has made it clear she wants nothing more to do with him and has called it quits with Roc Nation.”

“She will formally depart in the next few weeks,” the source added. “It is a shame because they had done some great work in the last few years. But this meeting couldn’t have gone much worse. Mariah has been talking to other managers and thinks she has found someone who she feels has full belief in her as she takes her next steps. She isn’t letting this stand in her way.”

Although the “Touch My Body” singer is, in fact, no longer on the artist roster of the Roc Nation website, according to Mirror UK, a source confirmed to the publication that Mariah, instead, actually left the company on an amicable note.

“Mariah’s relationship with Roc Nation ended courteously and she & Jay-Z are on great terms,” the source shared. “Mariah is currently represented at Range where her former Roc Nation manager is a Managing Partner.”

The reported departure from the management company comes three years after she signed with Roc Nation in 2018.