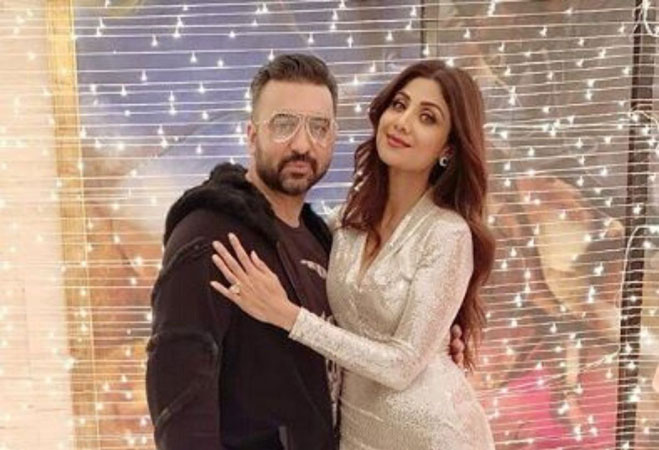 Bollywood actress Shilpa Shetty Kundra, who rang in her 46th birthday on Tuesday, received a special birthday note from none other than her beloved husband Raj Kundra.

Raj took to his Instagram and shared a montage of his beautiful wife and wrote, “The song, the lyrics, the video says it all. Without you I am nothing. I love you soo much. Happy Birthday my Dream come true @theshilpashetty #happybirthday #gratitude #love #wife.”

In the montage, Shilpa is seen having the best times of her life. From her photos in a bikini to their exotic vacations, the video is full of cherishable memories.

In the backdrop of the video, Kundra played “Tum Hi Ho” song from the movie ‘Aashiqui 2,’ which starred Aditya Roy Kapur and Shraddha Kapoor in the lead roles.

While their fans are going gaga over the romantic post, it was Shilpa who was quick to respond to her better half.

Calling Raj as her cookie, she thanked her hubby and wrote, “Awwwwwwww my cookie @rajkundra9 love you to the moon and back,” with heart emojis.

Raj Kundra and Shilpa Shetty got married in 2009 and had their first child, son Viaan, in 2012. In 2020, they had their daughter Samisha via surrogacy.

On the work front, Shilpa will be making her comeback on the silver screen almost after a decade. She will be soon seen in the second instalment of the popular comedy film, ‘Hungama’, alongside Paresh Rawal. Other than that, she also has Sabbir Khan’s Nikamma in the pipeline.