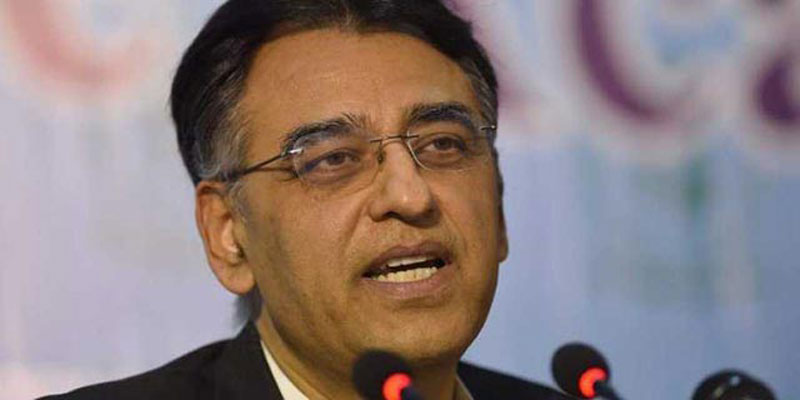 Minister for Planning, Development and Special Initiatives Asad Umar Tuesday said the National Economic Council (NEC) has approved the proposal of overall development outlay of Rs 2.1 trillion for the year 2021-22, showing an increase of 36.4% as compared to the development budget of Rs 1.527 trillion in the outgoing year.

Out of the total, Rs 900 billion have been proposed to be earmarked for federal Public Sector Development Programme (PSDP) 2021-22, while Rs 1.202 trillion have been proposed for provinces, he said while addressing a press conference along with China-Pakistan Economic Corridor (CPEC) Authority Chairman Asim Saleem Bajwa. Asad Umar said besides the federal government, provinces too significantly increased their development budget as Punjab had raised its budget from Rs 310 billion in current year to Rs 500 billion for next year, Sindh increased its budget from Rs 194 billion to Rs 321 billion, and Balochistan from Rs 89 billion to Rs 133 billion. However, he said Khyber Pakhtunkhwa which considerably increased its development budget during the current fiscal year slightly decreased its budget from Rs 274 billion to Rs 248 billion.

Comparing the development allocation with previous years (2016-17), he informed that the past government allocated 56% of the total PSDP for energy, transport and communication projects whereas this share has been reduced to 40% in the upcoming year. However, he clarified that work on the road projects had not been reduced as the current government was spending even more funds on the road projects through Public-Private Partnership (PPP).

He added that for the first time, the government had allocated an amount of Rs 61 billion for an innovative Viability Gap Fund (VGF) that would help approval of 14 high-impact PPP transactions worth of over Rs 978 billion that was expected in April to October 2021. Major projects under the VGF include Sialkot-Kharian Motorway, Sukkur-Hyderabad Motorway, Karachi-Quetta-Chamman Road, Karachi Circular Railway, Karachi-Pipri Freight Corridor, and Railway Hospitals.

Giving details of infrastructure water sector projects, the minister said the government was making investment on building large dams and water conservation system as per commitment under National Water Policy since new cultivable command area of 100,000 acres was developed during 2020-21 and further 200,000 acres would be added during the next two years.

For Higher Education, he said the government had increased the allocation to Rs. 44 billion under which 105 universities would benefit from 120 projects

To a question, the minister pointed out that the CPEC was a national project that was always put on priority. The priorities for national project never change with the change of any political party, he added. The work on the mega project was going on at full pace, he said. He said in the PSDP 2021-22, an amount of Rs 87 billion had been proposed to be earmarked for various CPEC projects.