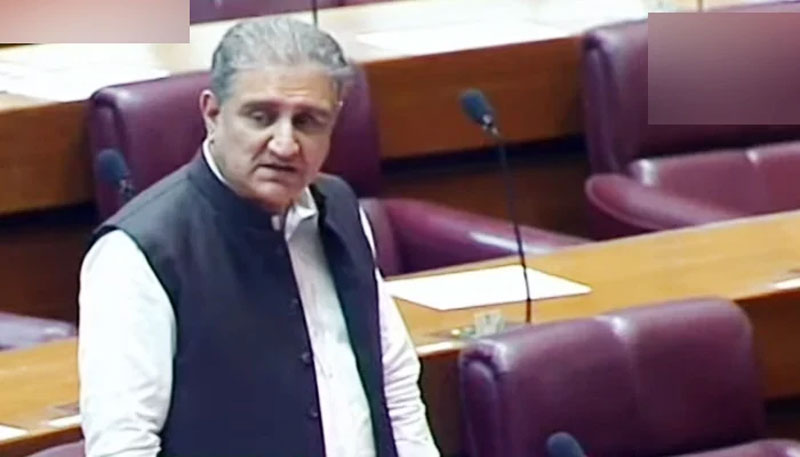 The National Assemby session resumend on Tuesday with lawmakers from treasury and opposition benches condemning the inhuman killing of four members of a Canadian Muslim family in a terrorist attack.

The issue of unannounced power load-shedding also generated a heated debate in the house while 8 bills laid for legislative business with slight debate of the house.

The NA session resumed under the chairmanship of Speaker Asad Qaiser. The lawmakers of both Treasury and Opposition sides recorded their concerns against the brutal killing of four members of a family in Canada. According to the Canadian police a man was arrested for killing four members of a Canadian Muslim family after running them over in his pickup truck and targeting them in an attack motivated by hate.

Canadian Prime Minister denounced the attack and said that“This was a terrorist attack, motivated by hatred, in the heart of one of our communities,” Prime Minister Justin Trudeau told Parliament. “If anyone thinks racism and hatred don’t exist in this country, I want to say this: How do we explain such violence to a child in a hospital? How can we look families in the eye and say “Islamophobia isn’t real”?

While speaking on the floor of the house, Minister for Foreign Affairs Shah Mahmood Qureshi said that the “only fault of the murdered family was that they were Muslim.”

He was drawing attention to Islamophobia catching pace in Western countries. “The Canadian police must surely be conducting its investigation, but he only saw hate as the reason for this attack,” he demanded. Qureshi said that he had raised Pakistan’s concerns in a meeting with the Canadian high commissioner. He said Pakistan is in touch with Canada and termed it a matter of human rights.

The Canadian prime minister should visit the affected family, he said, adding he would speak to him on the matter at 6pm tomorrow. “International human rights organisations should raise their voice on this issue. I hope that international media will also play its due role,” the foreign minister hoped.

While sharing details of the incident, Foreign Minister said it was a heart-wrenching incident. “Four Pakistani-Canadians were martyred and a nine-year-old has been hospitalised.”

In her speech, Federal Minister for Human Rights Dr Shireen Mazari, while condemning the attack, said that if states drop bombs on Muslims, it is “self-defence”, and when Muslims defend themselves, it is termed as terrorism.

“What happened in Canada was terrorism and Muslims were targeted,” she said, adding the country’s authorities had admitted that the attack was Islamophobic.

Meanwhile, power crisis issues in the country, particularly in KPK and Karachi, also came under discussion. Federal Minister for Energy Hammad Azhar, taking the floor of the House, said for the first time in the country’s history, Karachi was provided an additional 200MW of electricity.

“At this time, 500MW is being supplied to Karachi and due to the additional power provided to the city, load-shedding has decreased,” the minister said.

Azhar said he had met several lawmakers over the issue of load-shedding, and during the meetings, it had emerged that there were some areas where nearly 80 percent of the people had not paid their bills. The minister said the areas where bills were not being paid were witnessing load-shedding. Lashing out at the Opposition, he asked whether it was PM Imran Khan who had recruited linemen and metre readers on political grounds. “Is Imran Khan responsible for expensive deals and corruption of previous governments?” he went on to ask, adding that it was easy to give long speeches, but it was tough to do the right thing.