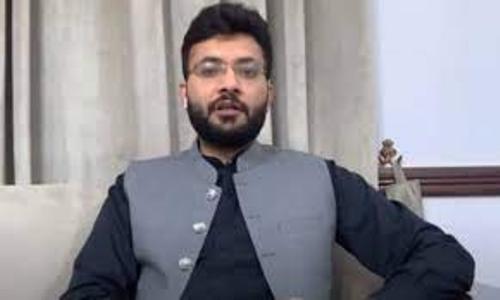 ISLAMABAD: Minister of State for Information and Broadcasting Farrukh Habib on Monday said that the Sindh government had failed to take action against profiteers and hoarders in the province which eventually caused food insecurity across the country.

In a statement, he said at the moment, a bag of 20kg flour was being sold at the highest rate in Sindh.  “The ‘Parchi chairman’ (Bilawal) should tell the truth to the nation as to why the increase in minimum support price of 40 kilogram wheat from Rs 1,400 to Rs 2,000 did not have any impact on prices of flour in Sindh,” said Farrukh while asking public to itself gauge level of corruption in a province where the ‘common rats’ held responsible for misappropriation of wheat worth Rs 1,400 billion. He asked Bilawal to take action against the profiteers and hoarders in Sindh instead of shedding crocodile tears over inflation. The minister said Bilawal should explain as to why the cotton crops’ output declined in Sindh as the agriculture sector was a devolved subject after 18th constitutional amendment. He said sugarcane was being cultivated on the area dedicated to cotton crops in Sindh for benefitting the Omni group which was backed by Asif Ali Zardari who had built palatial palaces in foreign countries by laundering public money to Swiss accounts under the guise of his party’s slogan of ‘Roti, Kapra Aur Makan’ (food, cloth and shelter). He said the crops production was increased by average 1.25 per cent during 2008 and 2013, whereas the population registered a growth of two per cent, adding the highest inflation was recorded at 25 per cent during the Pakistan People’s Party’s (PPP) tenure. Farrukh said Bilawal should explain as to why the people of Sindh were still deprived of health cards in spite of his government’s tall claims of public welfare in the province. The PPP had been ruling the province for the last 13 years with rampant corruption and extreme poverty, he added. Contrary to this, he said the federal government, under the leadership of Prime Minister Imran Khan, was making concerted efforts to ensure self-sufficiency in the food sector. He said Prime Minister Imran Khan had not burdened the public by increasing prices of essential commodities, petrol and edible oil that had surged substantially in the international market. According to the United Nations Food and Agriculture Organization, he said food prices had increased by 40 per cent, whereas edible oil prices went up by 124 per cent, globally.

Likewise, the price of petrol had reached $70 per barrel from $34, he added. The minister said it was first time in the history of Pakistan that the prime minister had been providing shelter to the poor, destitute and deserving people, adding so far applications for a large number of loans worth Rs 70 billion had been received. He said an amount of over Rs 57 billion was distributed among the poor people of Sindh which constituted around 35 per cent of the total amount disbursed under the Ehsaas Emergency Cash Programme.