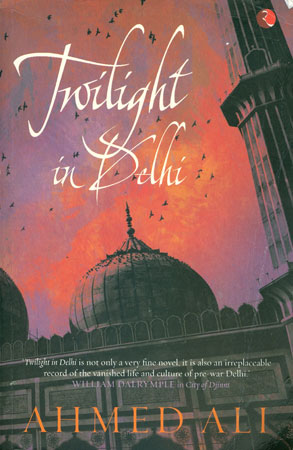 Postcolonial fiction rests its claims on the indigenous representations that people, materials, culture and landscapes should be local or indigenous in the novels written by the writers belonging to the formerly colonized world.

But the landscapes have constantly been shifting in the genre of postcolonial literature. The variable and multiple landscapes range from entirely indigenous to hybrid landscape to a foreign one. This becomes evident when we look at the novels by Professor Ahmed Ali and Mumtaz Shahnawaz who were indigenous in their representations but as soon as we see Zulifkar Ghose, he and many other writers of that era, offer a hybrid landscape that constantly shifts within the premises of indigenous as well as the metropolises of the western world. The Pakistani postcolonial writers did not stop here and passed on to the foreign lands and hence enlarging their areas of influence and in a way internationalizing themselves because they ranged from middle East to Europe and from Europe to America.

Ahmed Ali’s Twilight in Delhi is the evident manifestation of the indigenous representations. It moves mainly from one part of Delhi to another one and only sometime jumps to the other areas of India. Even the English characters are seen not in the background of England but with their Indianized colours. For example, the house and street of Mir Nihal and his beloved Babban Jan and the extended family is located in Delhi and other Indian Cities. Even Asghar, his son, who has an anglicized style of life resides in the same Delhi. Same is the case with Mumtaz Shahnawaz, who in her novel The Heart Divided talks about the British India and its struggle against the colonization and for freedom. Her characters Zohra, Soraya, Mohni and others are the very much indigenous. Her landscape ranges from Delhi to Multan and from Multan to Delhi.

But as soon as we meet Zulifkar Ghose in his The Murder of Aziz Khan and Sidhwa’s An American Brat, the landscape begins to become hybrid. For example, Ayub Shah and his brothers and Aziz and his sons are very much the product of indigenous land but the young Shah, Afaq and the wife of Ayoob travel and spend time in England as well

But as soon as we meet Zulifkar Ghose in his The Murder of Aziz Khan and Sidhwa’s An American Brat, the landscape begins to become hybrid. For example, Ayub Shah and his brothers and Aziz and his sons are very much the product of indigenous land but the young shah, Afaq and the wife of Ayoob travel and spend time in England as well. Same is the case with Sidhwa’s who makes her heroine, Feroza, travel from Pakistan to America and in this way almost seventy percent of the landscape is American, even some of the characters are also American. This hybridity of Landscape can also be witnessed in the novels of Nadeem Aslam, for example, his novel Maps of the Lost Lovers is enacted half in Pakistan and Half in England because the heroine Sorraya travels from Pakistan to London and then refuses to go back. Same is the case with is novel, The Blind man’s Garden, in which Pakistan and Afghanistan are constantly interchanging in the narrative. Nadeem Aslam’s Contemporary, Kamila Shamsie also in her novel, kartography, employs the landscape of Pakistan and England both and makes her characters trave from one part of the globe to the other. Mohsin Hamid, whose Moth Smoke and How to get filthy rich in Rising Asia, portrayed Pakistani landscape, in his The Reluctant Fundamentalist had a hybrid landscape because the story is enacted both in America and Pakistan. He, however, used multiple landscapes, like, Chilli, Philippines, and Greece as well.

It was however, the event of 9/11 that proved a game changer in case of landscape in Pakistani postcolonial fiction because the Pakistani writers expanded their horizons and became global in nature without any restrictions of remaining within indigenous landscapes. For example, Kamila Shamsie in her novel Home Fire, Comes to Pakistani landscape only for a few pages. Mostly her narrative takes place in America, England, and Middle East. Her characters are also of multiple hues because some are English, some Pakistani Diaspora and some Arabic. In the same tone, Hamid’s Exit West which has broken the barriers of indigeneity and stretched the limits to the maximum because there is no country mentioned clearly. There are some markers that show it is sometime Afghanistan, and sometime Iraq and then is Greek, Chilli, London, America, etc.

So, the landscape is no more the indigenous but rather a global one. Same is the case with Shamsie novel, Burnt Shadows in which Hiroko Tanaka, the protagonist, is constantly on the move. She is a Japanese citizen and from there she shifts to India, where she marries Sajjad and lives in Turkey for some time. After partition Sajjad makes her return to Karachi and then the landscape is quickly shifted to America and Afghanistan.

Pakistani fiction, therefore, can claim now the diversity of landscape and can no longer be restricted to the limited time and space as was supposed by the critics and theorists of Postcolonial studies. Pakistani fiction, has in fact, been evolving constantly regarding, landscape, characters, themes and narratives and has achieved the level of diversified richness and catches the eye of the readers and that is why Pakistani writers are gaining attention and achieving heights of popularity in the world.