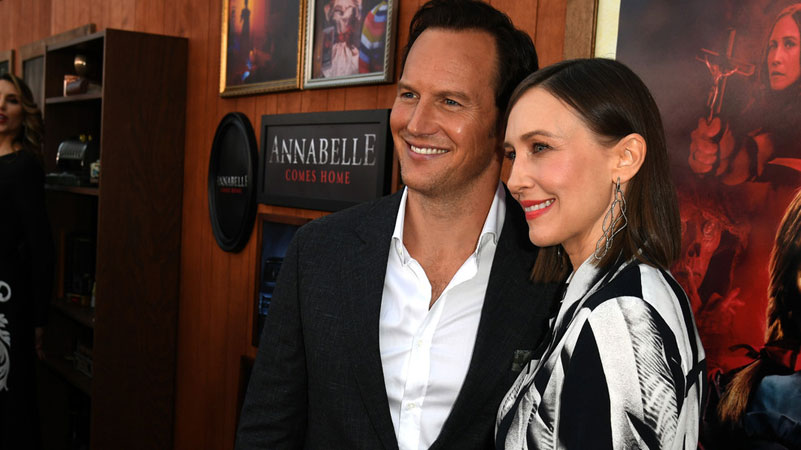 The universe of “The Conjuring” proves it may be reaching its spooky limits when a demon pops up in the latest film from, of all things, a waterbed.

That such a well-worn punchline of ´80s suburban life could be home to Satan’s spawn might be played for camp in any other movie, but not here. This gentle franchise is all about timeless scary stuff – swing sets that mysteriously move, battery toys that suddenly turn on and doorknobs that rattle. So the waterbed was perhaps a step too far. What´s next? A demonic Frisbee? A bloody Rubik´s Cube? It’s a signal that while the franchise soldiers on unironically, the films may fail to keep up with the real world, where the algebra of fear is harder now. Almost 600,000 people in America have died from a murderous airborne plague and Warner Brothers thinks it can terrify those of us who survived – now seated in theaters masked and socially distanced and slightly paranoid – with a moist bed demon?

“The Conjuring: The Devil Made Me Do It” is a fine installment but in an increasingly creaky franchise, appropriate for films that adore the sound of rotting wood floors. It leans into old school horror without really advancing the conceit or upping the scare factor. Its rules are increasingly easy to predict.

Patrick Wilson and Vera Farmiga are back as Ed and Lorraine Warren, a pair of married, devoutly Roman Catholic paranormal pros. The last film drew them “into one of their most diabolical cases.” The new one leads to “the most sinister discovery of their career.” (Here’s betting the fourth will be called the most “pernicious” or “baleful.”) Based on a real-life murder trial, the movie opens with an exorcism of an 8-year-old in southern New England in 1981 that catapults the demon inside the child into the body of a family friend, Arne Johnson, who then later kills his landlord.